Thus we set sail into an anticipated series amongst a select few within the former Sensha-do community (more on that later). Correction: Zephyr posted a blog post. But with the lineup they have, seems understandable. This series of course is Aoiki Hagane no Arpeggio -Ars Nova- (henceforth known as Blue Steel).  And already this one is a keeper for me at least. Now I do wanna point out I’m writing this fresh. Or rather, with as minimal knowledge of the manga as possible (not really possible with the company you keep, damn you Nauf/Mark and Anon/Gab) so if manga spoilers appear in the comments or in the dedicated thread in the World of Tanks ASIA forum, I shall conveniently categorize it as ‘knowledge I’m not supposed to have but do’.

Basically I wanna take this series on its own merit. Anyways, let’s dive in shall we? 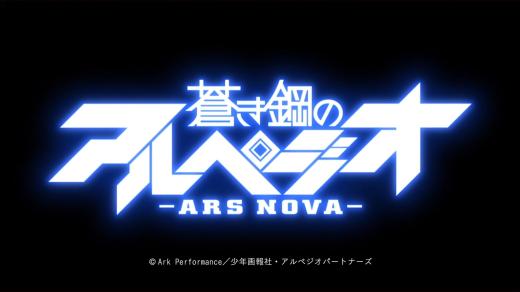 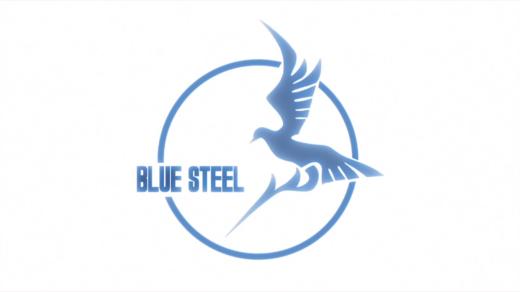 The premise, or rather, the story of the show is that in the near future, Al Gore was spot on the money and global warming had taken it’s toll on humanity. Losing a good deal of their territorial lands through some means or another coupled with the rise in sea levels taking over a good deal of coastal lands, humanity is suddenly cut off from each other with the appearance of the Fleet of Fog. Spectral ships, all resembling those sunk in the Second World War (as of now, merely those of the Imperial Japanese Navy), making travel through the seven seas and intercontinental flight impossible. In the opening, the combined fleets of the world lost in what can be considered an epic one sided curbstomping. Nothing dished out by the loads of ships in the combined fleet could touch hide or hair of the Fleet of Fog ships, while the human ships are mercilessly destroyed, some by being cut in half.

Fast forward to the current timeline. Due to the total communications blackout by the blockading Fog fleets, Japan suffers the most due to it’s relative distance to any landmass (I imagine the UK is better off with the Channel Tunnel and all) and the episode starts with the lauching of an SSTO (Single Stage Transport Orbiter?) from the Saga Spaceport (established no doubt since Tanegashima and all other space ports either flooded or under Fog control). A Fog light cruiser attacks, prompting the JSDF to defend the launch, resulting in no small ammount of fireworks from coastal MLRS trucks and two Aegis-equipped vessels. The light cruiser makes short work of the two human ships and all seems lost when a new contact appears, the Fog submarine I-401.

Long story short, the I-401, commanded by the human captain, Chihaya Gunzo, sinks the Fog cruiser. Whilst on the deck, Chihaya talks with the I-401’s mental model, Iona (the physical AI avatar for the vessel), and recounts on their meeting two years prior. A star of the naval academy, Chihaya was chosen as one of the future leaders of the JMSDF to look upon a state secret, the captured Fog submarine I-401. As all efforts to study I-401 was met with failure, the mere touch by Chihaya sparks a reaction, leading to an evacuation of the secret drydock. Later, a silver haired girl is walking down the halls of the naval academy. Being unsuccessfully hit on by Kashiahara Kyouhe, the girl asks Chiahaya to meet her at a later time.

At the meeting point, Iona makes herself clear. She is a weapon, whose last unyielding memory and order is to follow Chihaya Gunzo’s orders. After some tense romance-esque pausing and dismissal by Chiahaya, Iona summons herself, freeing itself form the drydock and evading the defense squadron, flees the protected harbour with her captain.

Fast forward to modern day, Chiahaya Gunzo is effectively seen by some as a traitor to humanity due to allying with a Fog vessel. Certain factions within the Japanese government though are willing to use his services due to the fact he is the only one to effectively fight against the Fog ships. When threatened, his benefactor orders his guards to stand down, and enlists his help again. The SSTO was destroyed enroute to America, carrying a reverse-engineered super-cavitation torpedo with a corrosive warhead (similar to the Fleet of Fog super weapons) and with Japan’s strained resources, the prototype must make it to the United States, so far the only nation not fully affected by the appearance of the Fleet of Fog due to it’s geographic advantage (alluding to America’s own advantage back before the days of air power shrinking the world).

So with their mission, Iona and her crew set forth to deliver humanity’s last hope in effectively combating the Fleet of Fog. The local fleet commander, Kongo, while chastising a bored Maya, leaves the destruction of I-401 to Takao, setting up the stage for yet another epic battle in the next episode. 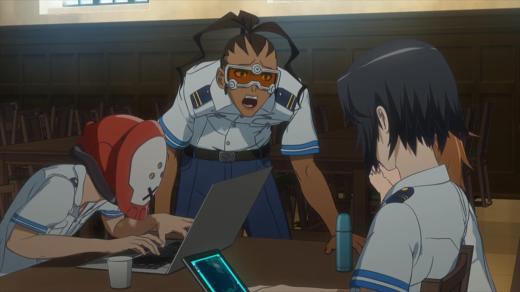 The usage of three-dimensional CGI seems jarring at times. I understand this can cut down on budgets, but when the CGI generated characters are all alone, or not surrounded by other CG effects (especially when not against other CG scenery) it seems clashing. The cell-shaded style does take away from it but it achieves a sort of smoothness that can stand on its own. Character designs are pretty much the standard fare. While not featured this episode, I-400 caught my eye due to being in an oriental suit, while Maya’s mental model struck several points in the somewhat Gothic-Lolita dress (and stockings…boots…hair…colour red…). While I initially didn’t like Kongo’s mental model when first introduced to her in the manga some time ago, she has survived animation rather well. Guess it requires that transition from manga to anime to make her character design seem better.

Ship wise, the ‘stock’ models for the human fleet all seem to be Aegis destroyers (Arleigh Burke mainly) and Nimitz carriers. Understandable when they were mainly shown to be fucked over anyways. Apart from certain scenes seemingly the CG was clashing with the background, I think it has some promise. I still hold Macross Frontier as the benchmark for CG, but it seems unfair especially when that was a mixed animation and CG show, while this is purely CG. Of the two series I’ve featured though, COPPELION is still more visually stunning, but the ‘smoothness’ between static and animated parts of a scene (the background and characters) is better with Blue Steel. 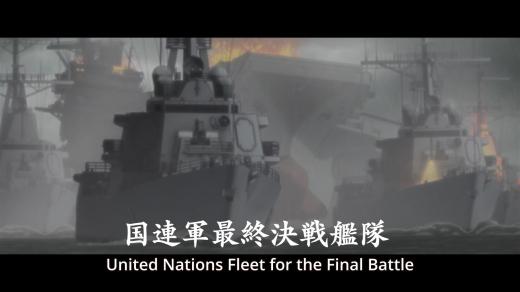 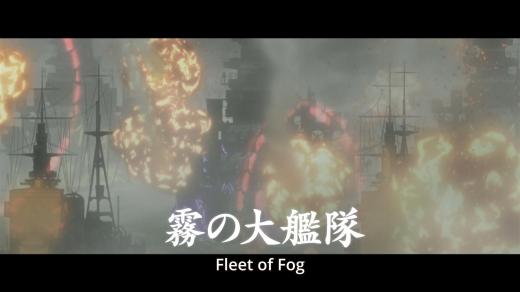 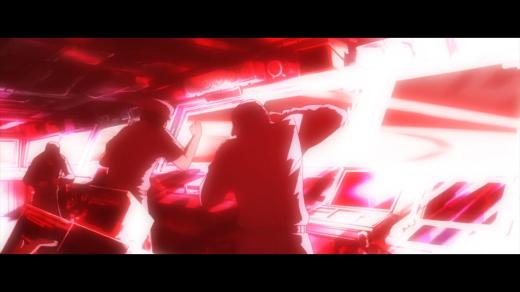 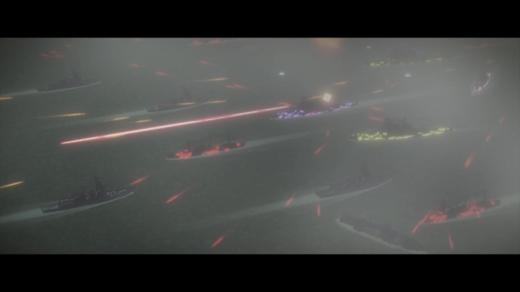 Of course, a story is not a good one if all it’s cards are laid out before you at episode one. That’d also lead to sensory overload. Some have questioned the usage of Second World War vessels as antogonists/protagonist in the series whent ehy are clearly leagues beyond what is humanly possible at the 1940s, and in the show’s timeline, the 2050s. The catchall plot point, global warming, is given although it is hastilly dropped once the action hits. You don’t need to know how much sea levels rose or anything, just enough that most of Tokyo is under water, before the major plot point (the appearance of the Fleet of Fog) is given. That to me seems like a cop out, But I honestly would like a better understanding of the world. Hints of other nations suffering badly under the imposed naval and air blockade is hinted in episode one and in the manga, but it is still something I want to explore.

The ships, well, no one really understands why the usage of Second World War ships. Some in the thread consider it a lost opportunity and (in my opinion) is turning a nonissue into an issue. I reckon it’s because the ships of that era are the last of their kind. The transition between the big guns of a battleship being visually striking even though a single Tomahawk cruise missile can be just as effective as a volley from the U.S.S. Iowa. Submarines and carriers of the day were pioneering technology, nowhere as ‘mature’ as the subs of today, and gives a sense of personality with their design, compared to the seemingly clinical cylinders and flattops of today. In my personal opinion, the last ships to capture my imagination would be the U.S.S. Enterprise (CVN-65) and the Arleigh Burkes. As for being these technologically advanced, vessels, I think it’s just something Japan is going through. A longing for when some view Japan being on top of the world. And besides, as I have written, they’re damn cool.

The human/physical avatar of an Artificial Intelligence is old as the concept of A.I., and no doubt will follow the same story. The humanization of A.I. and the blurring of the line. So with that out of the way, i wanna see where Blue Steel takes this, especially since gaining mental models with appearances and personalities greatly differentiating from each other, are the Fog ships truly mindless, order-following automatons? Or are they something more, an mirror into the human psyche? I’m in no way a psychologist or a philosopher (I was trained for political sciences), but it’ll be interesting what Blue Steel can do in it’s twelve episode run. 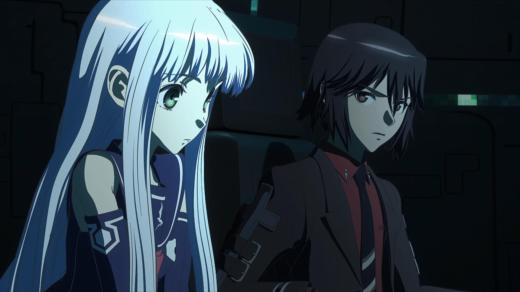 Gunzo Chihaya: The main male protagonist. Hinted in the anime to be the son of a commander during the curbstomp battle, who may or may not have defected to the Fog. One of the quiet geniuses archetype. Commander of the Fog submarine I-401.

Iona: I-401’s mental model. The physical manifestation of the Fog submarine’s AI. Will follow Chihaya’s every whim. Also likes to poke and play with starfishes. 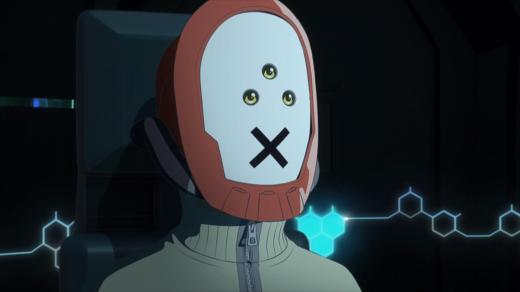 So Oribe: First Mate of the I-401, always wears a head concealing helmet. While Chihaya is the quiet type, Chihaya is rather lively during battles. So seems to be his dependable number two. 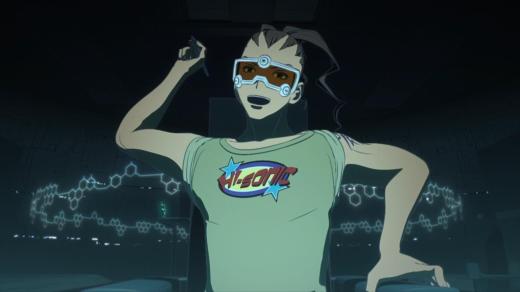 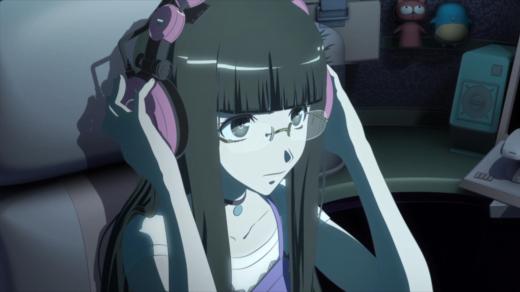 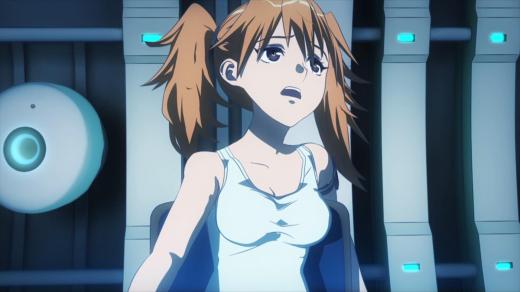 I like it. It has jarring bits of CG but I’ve been hyped over this series. It isn’t Girls und Panzer, nor is it Strike Witches, but it’s something new. It covers to me the trilogy of service personifications. Strike Witches handled the Air services. Upotte!! handled the army (more so in my opinion than Girls und Panzer), while Blue Steel is set to handle the Navy. This is definitely a keeper. Although I need to stop taking so much bloody screencaps. I was barely 6 minutes into the rewatch for this post and came up with 76 screencaps. And I do like the OP sequence played in the end.

Correction: Maya was mistakenly and stupidly classified as a Kongo-class.

Conservative, Patriotic and an Otaku. Recent grad of George Mason University. I am interested in firearms, politics, Japanese Anime, and military tech.
View all posts by Jusuchin (Military Otaku) →
This entry was posted in Anime, Aoki Hagane no Arpeggio, First Post, Video Impressions. Bookmark the permalink.

9 Responses to Aoki Hagane no Arpeggio – Ars Nova- (Episode 1: Those With Shipping Routes)