Introducing a new girl, this time someone who knew him from school, Naoto gets to show a bit more of his capability to lead and rely on his intuition. I also got lazy and only took a few screenshots.

The episode starts off with introducing Mari Sasshou, another train enthusiast who joins her OJT program a month after Naoto. Meeting him on the train, her excellent hearing is emphasized where she is known to pick up on the ‘health’ of a particular train.

On the platform, Aoi apprehends someone though she might be taking it too far, while an English-speaking traveler is helped by Koumi who knows English. Back at the office, Aoi has to write a written letter of apology to the man she beat up, and refused help from Naoto, stating she doesn’t want to be beaten by a man.

The whole crew end up going to the same restaurant, where Naoto discovers Mari working there as a waitress for her OJT. She explains to everyone she and Naoto went to the same school, and when Aoi asks if everyone is the same at the school, she states not all of them are just as crazy.

Later, the two catch up with some taiyaki, with Mari remembering the odd thing he always did at school. Wondering what fate has in store for him, Mari then wonders about Aoi, with Naoto wondering what goes on in her head.

The next day, Iida is absent, with Naoto taking over. Some fanservice-y parts later, Naoto receives multiple messages from Mari, who comes over and explains that her friend, Kaori, had gone missing the night before while recording the sound at a station. Not knowing what station she went to, Naoto and the others start searching binders full of incident reports from the previous day.

Taking a little break after Iida comes in to check on em, Naoto was asked to confirm something by the station’s assistant manager. At that point, Mari gets a phone call, where the assistant manager recognizes the ring tone. Finding a sound file from the night before, K4 hears men abducting Kaori. 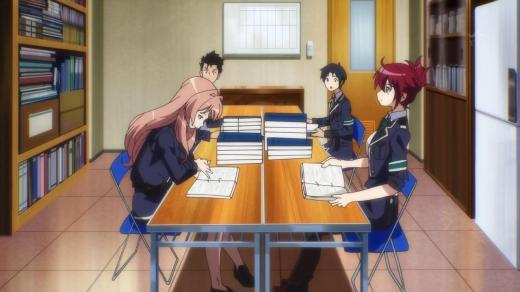 Seemingly at a dead-end, Mari listens to the sound file, and manages to hear clues of a brake test and the ocean. Which seems better than Aoi saying that it should be possible for Naoto to figure out the railway station with the scent on the phone. 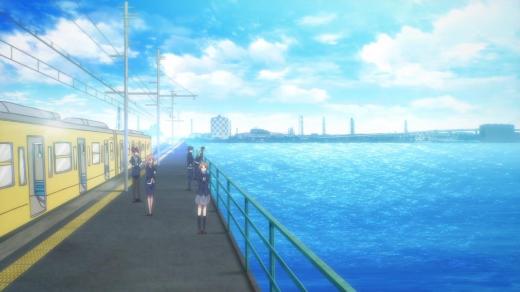 Making their way to Umi-Shibaura Station on the Tsurumi, Mari reasons she heard the ocean and the brake test. Searching the nearby areas, they find Kaori at a warehouse, as well as her kidnappers who took her. Aoi, Shou, and Naoto engage them and it’s said later they defeated them. Kaori had walked into a drug deal and was kidnapped.

Iida looks on as they recount the incident and the team’s performance, saying she looks forward to their future endeavours, most particularly Naoto. Back on the station, Mari remarks that Naoto has changed, saying he acted cool when he led the team into finding her friend, and with a salute, the two part ways, with Mari no doubt more amazed at her high school friend. 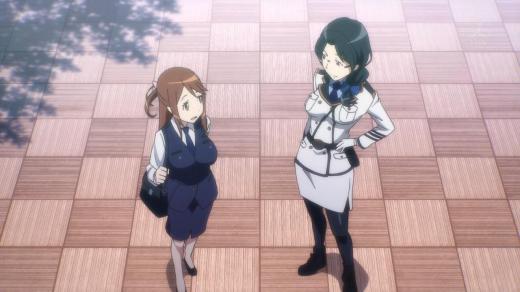 Not much today, it was a little bit of transitory episode, and no doubt an episode in which Naoto is starting to grow as a character. While his dreams of being a train driver is slipping away, it seems he’s starting to mold into the Public Security side of things. Next episode might be the introduction of the last of the supporting cast, and no doubt a tie in to the terrorist group that Naoto and the rest of K4 will be facing the remainder of the season run.

I do apologize for the crappy post, workload is picking up as summer is starting to enter its final month, and the blog is taking a back seat alongside video games.

Conservative, Patriotic and an Otaku. Recent grad of George Mason University. I am interested in firearms, politics, Japanese Anime, and military tech.
View all posts by Jusuchin (Military Otaku) →
This entry was posted in Anime, Rail Wars!. Bookmark the permalink.