Madan no Ou to Vanadis (Episode 12: The Holy Grotto (Saint-Groel))

And so the last arc of the show begins, and we shall see if we can fit enough in here to leave a satisfying end to the series, and a possible, hopeful sequel. This series though is a definite keeper for me. 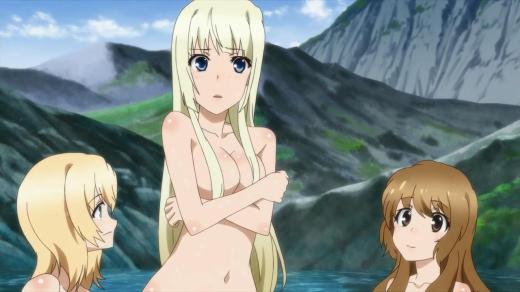 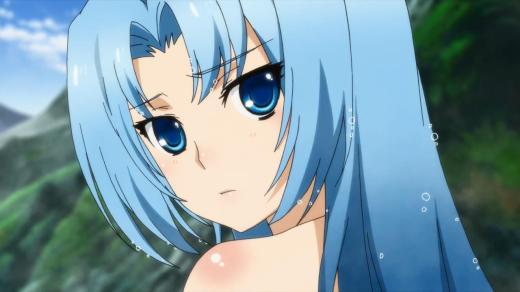 The show starts with the female leads and supporting characters taking a bath. Lim gets teased for her large breasts, while potato vanadis Ludmilla stays on the side. Walking through the camp, it seems that Tigre fell asleep before even reaching his bunk, and the girls started thinking on how to wake him up. Noting that Tigre has said he’d wake to an animal about to attack, Elen mounts him and more or less pushes a bloodlust kind of aura on him. He wakes, pushing her own and leading to a bit of a misleading position. 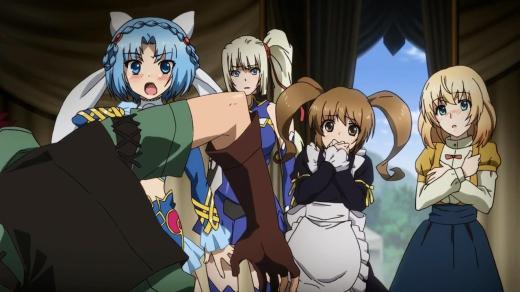 During breakfast, they come up with the plan to go to Artesium, not to help the citizens, but to establish Princess Regnas’ identity by entering the holy grotto in which the founder of Brune got his divine edict. Noting there are three entrances to the grotto, they are to head to the nearest one. 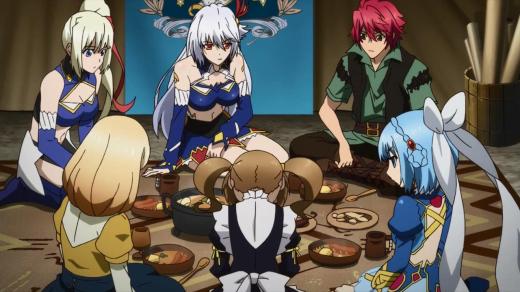 Later that night, after what it seems to be after a battle, Tigre’s servant, Bertrand, asks to accompany him to the temple, reaffirming that he would follow him to the ends of the world as his servant. With that in mind, Elen also wants to go, since her future also rests on this quest to prove Regnas’ legitimacy. Over the objections of Lim and Ludmilla, she intends to go. Tigre’s conditions in case of trouble would be her and Princess Regnas.

Getting to the temple, they unlock the hidden passageway. Noting that it seemed like an escape route, Regnas did claim that Artesium was the stronghold for the ruling families from before Brune. Coming across some ancient paintings depicting dragons. Noting that if that the mural was there, they would be near the grotto, they encountered Duke Thernardier, who had gone through the second route.

A heated melee breaks out between the two forces, with Elen taking on Duke Thernardier and his second in command taking on Tigre and Rurick. Both sides manage to display considerable skills against the other. The cavern suddenly starts collapsing around them, with both sides retreating.

Unfortunately, Thernardier’s second continues to chase after Tigre, and as the cavern collapses, Bertrand manages to take a blow meant for Tigre. The cavern kills Thernardier’s second, and seeing that Tigre is safe, Bertrand starts to recall how he had reservations on Tigre taking over for his father, but seeing how well he turned out, he passes away, asking Tigre to care for Titta.

Back in Artesium, Elen and company come across Tigre in a crater, as well as Bertrand. With the combined forces making camp at Artesium, they contemplate the situation they’re in with the loss of Bertrand.

For an episode meant to be filled with detail, it passed rather quickly. It seems now with all three ways to the holy grotto blocked, it will be the inevitable showdown between Tigre’s army versus Duke Thernardier, while Ganelon has disappeared to parts unknown. The loss of a long time servant and father figure, Bertrand, no doubt weighs heavily on Tigre’s mind as well as the others.

So we’ll see. Will Regnas be seen as royalty, will Thernardier be defeated and the civil war ended. Next episode will seem to hold the answers.

As for this one, again, the pace gas quickened, though finally we see Elen being open with her feelings for Tigre, rather than hiding it behind the whole “you are mine” attitude. Maybe the year or so of being with him and seeing competition finally made her take the next step and actively claim Tigre for herself. Or maybe I’m just being too romantic and she’s glad someone of his caliber is still alive.

Conservative, Patriotic and an Otaku. Recent grad of George Mason University. I am interested in firearms, politics, Japanese Anime, and military tech.
View all posts by Jusuchin (Military Otaku) →
This entry was posted in Anime, Madan no Ou to Vanadis. Bookmark the permalink.