I had a bit of a fear walking into this episode, and I’m not sure if I understand or like the direction the show is taking. It is still within three episodes, but we’ll see where this takes us. The thought will be rather quick, as I have other family related deadlines this week. 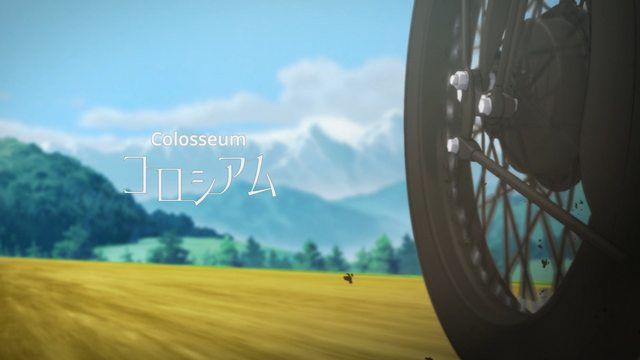 Kino and Hermes make their way to a nation where every few months, a battle royale takes place in which the winner is granted citizenship and is allowed to make an addition to the law. The guards at the border post make fun of Kino, only for Kino to prove them wrong. The guards are shocked at the swiftness of Kino’s quick draw and lead the pair to their room. 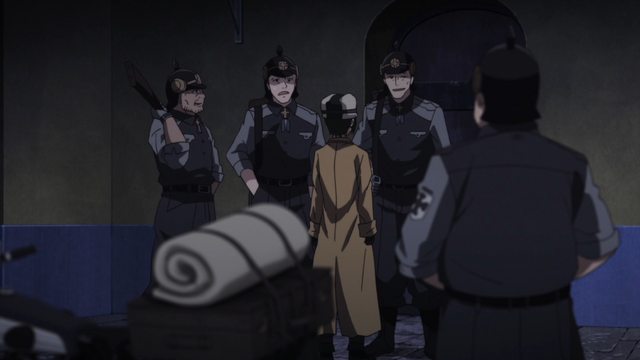 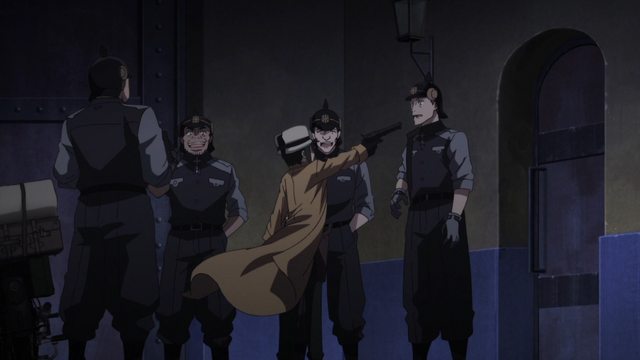 Kino wins all comers, but asking before each fight for the other party to yield. It is only after being shown the folly of their ways do they give up. 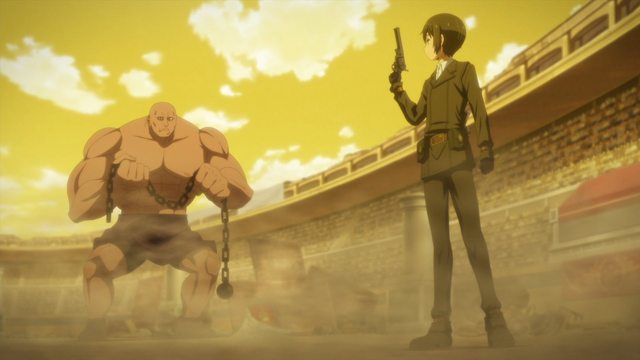 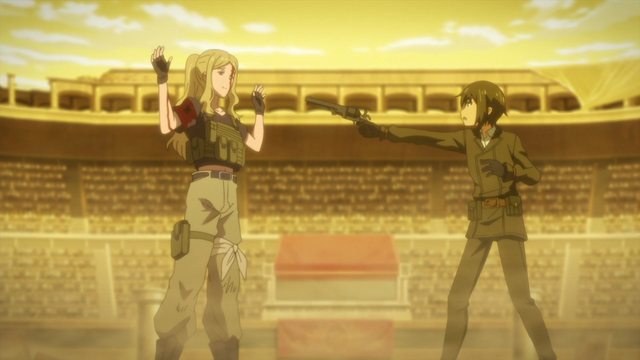 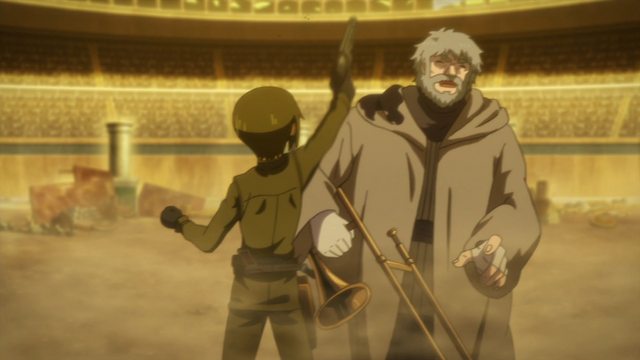 The night before the finals, Kino brews some liquid gunpowder, and creates an armour piercing round with some clay. All the while this happens, Hermes explained that seven years ago, the old king was assassinated by his son, and enacted a lot of strange laws. The people, while initially skeptical, were drugged into complacency with the suddenly looser laws. 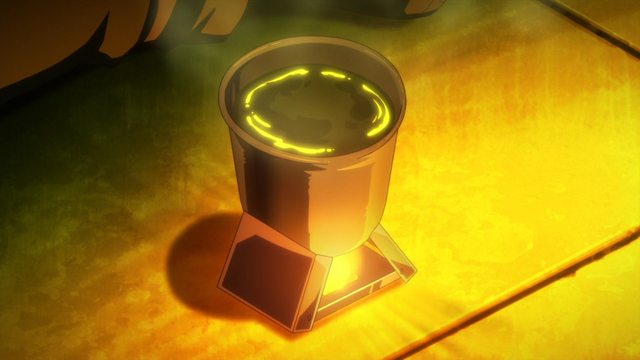 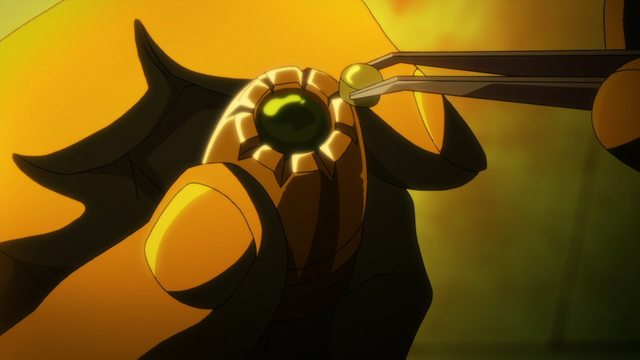 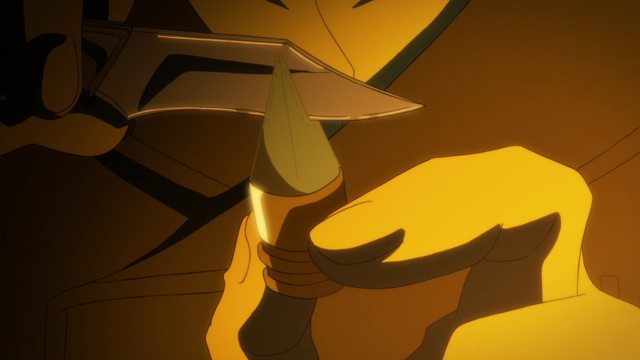 With the heirs to the throne gone and the country earning a reputation with ruffians, the country became as it is.

The next day, Kino is faced off against a swordsman, Shizu, who has managed to survive the entire match. He asks for Kino to submit, but Kino declines. Both of them square off, with Kino trying to scare him off with the Woodsman Persuader. The .22LR rounds are deflected by Shizu’s blade, and just as Kino is about to be cut down, draws the revolver on Shizu. Shizu accepts defeat, but is warned by Kino. 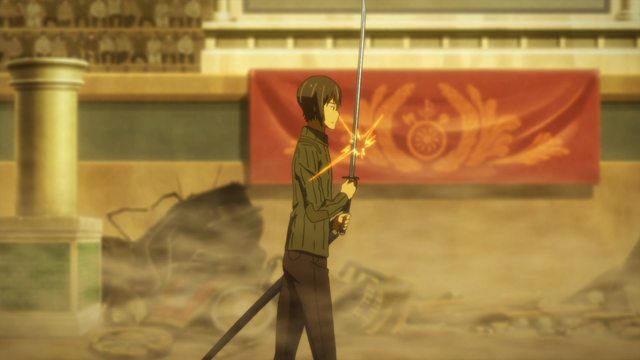 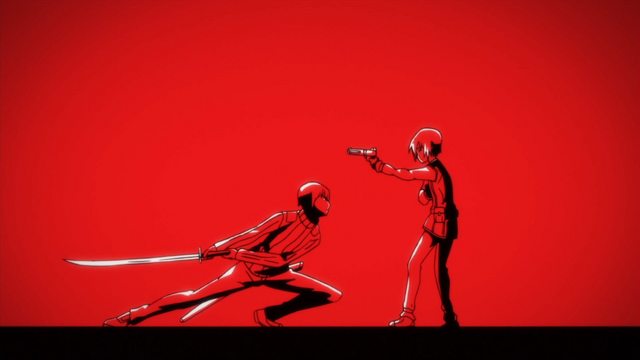 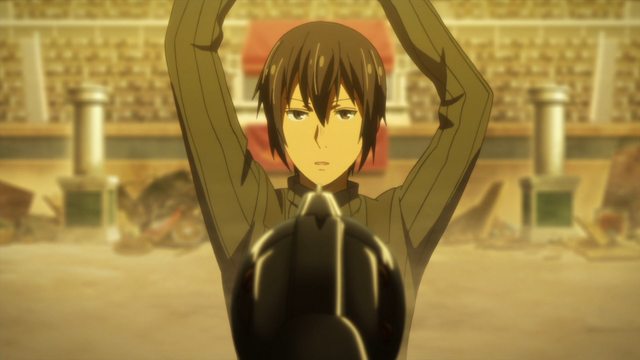 Kino fires the specialized round she had prepared earlier, the armor piercing tip destroying the bulletproof glass, while the explosive charge in the hollow of the round destroys the king’s head. Kino proclaims that a stray bullet has killed the king (since spectators cannot be liable to deaths or injuries from contestants). Seeing that Shizu had yielded to Kino, Kino proclaims that the citizens much fight it out. Kino and Hermes leave, leaving the country a mess, as Shizu approaches the body of the king, remarking it has been awhile. 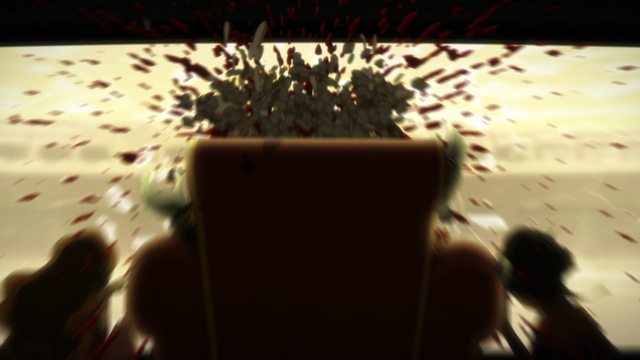 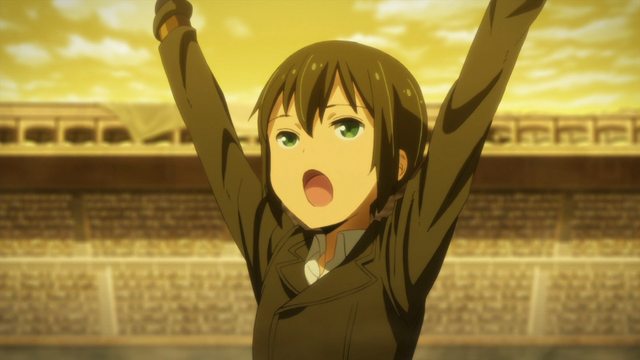 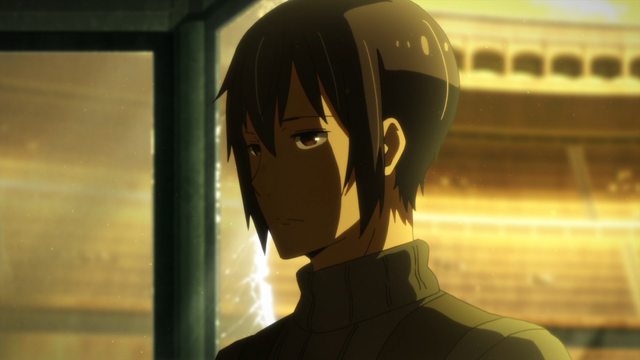 Outside the burning country, Kino and Hermes recount their interactions with a young couple who had journeyed to the country they just left, lured no doubt by the country’s seemingly idyllic scene. They had been mentioned before when the guards were teasing Kino. They had managed to meet in the first round and the girl had yielded to her husband, but her husband had died the next round. 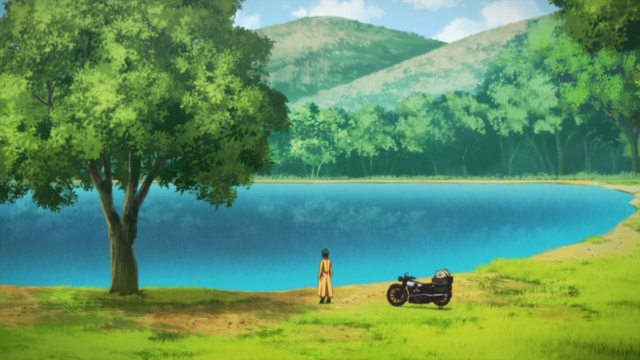 The duo would meet the young lady again, and was told to go visit the country by the girl. It seems that the girl had used Kino to get revenge on the people who cost her the love of her life, and even then, it is not fully understood. 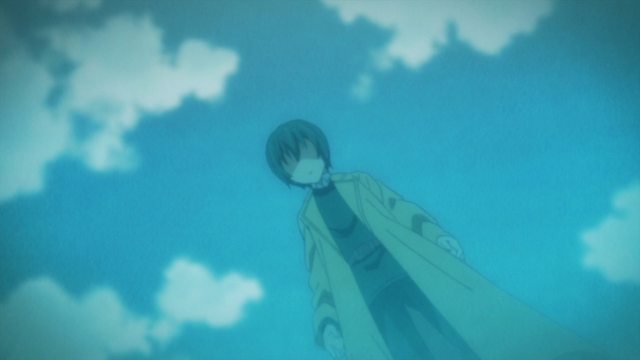 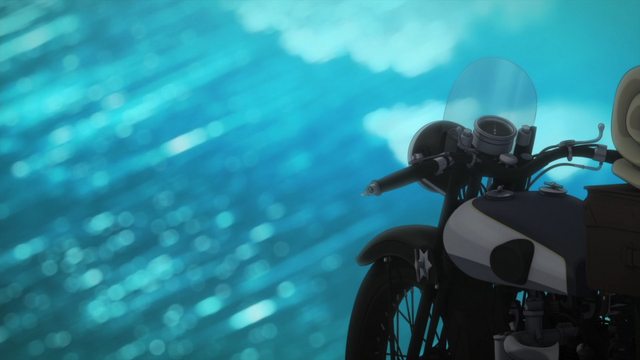 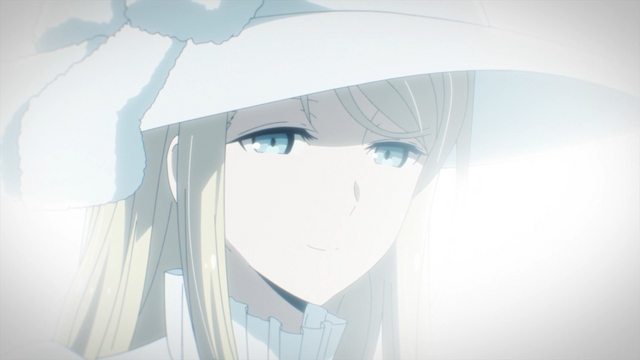 Shizu would appear, and would thank Kino for killing his father, leading Hermes to realize he was one of the princes. He had been waiting to win the tournament to cut him down when he was presented with the medal. Kino responds to that with the line that revenge is ludicrous, leading Shizu to agree. Asking his dog what he wants to do, Riku speaks, and telling him it is up to him. Amazed at the talking dog, Kino gets friendly with him while Hermes calls him a pervert. 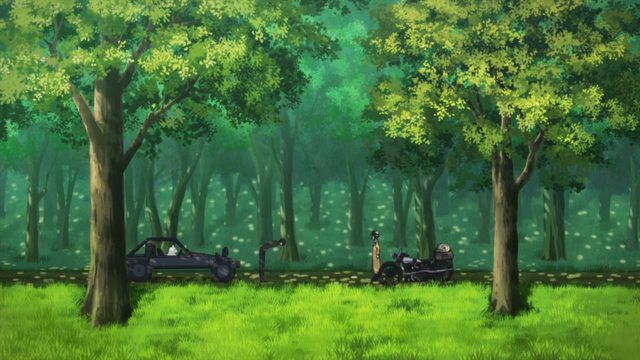 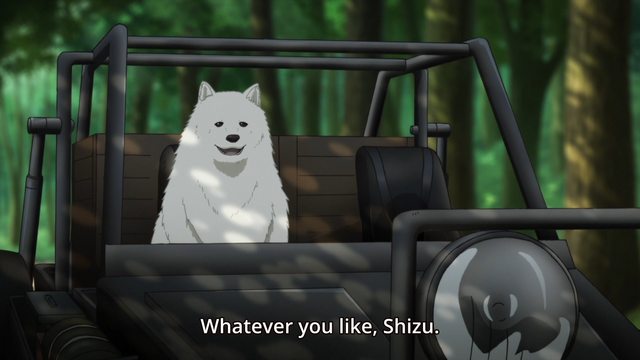 Kino notices the crown in Shizu’s buggy, and looks at it. Shizu explains he doesn’t want to be king, as he had plotted to kill his father. The crown at this point merely a memento from his grandfather. Kino tries to see him wearing it, but agrees it wouldn’t be much of a fit. 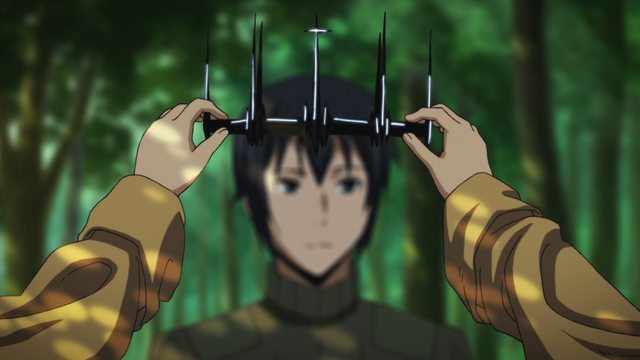 Parting ways, Kino turns down Shizu’s offer to travel together, and they part ways. In the end, Shizu, still a bit lost, asks Riku what they should do. Riku responds that even if he could do handstands, he could never lead Shizu. 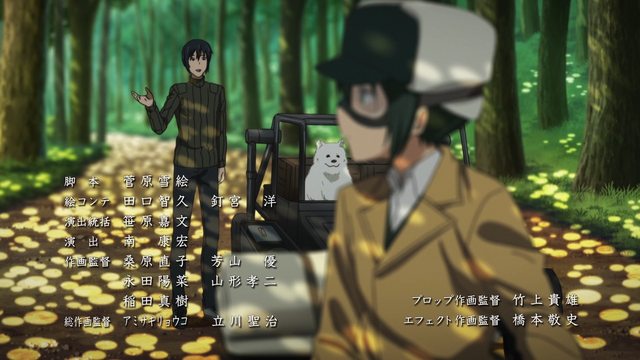 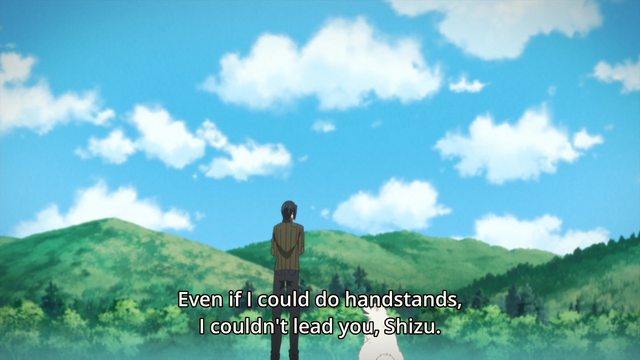 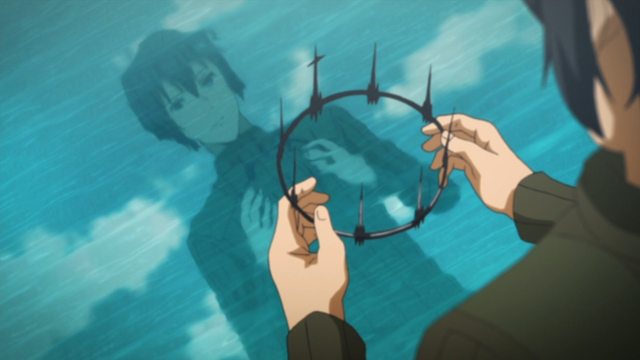 To say I was a mite disappointed when I watched the episode would be an understatement. In the original series, the Coliseum episodes were one of the most profound and action packed episodes in the series. It was a display of the multifaceted nature of the countries Kino and Hermes visits, as well as proving that Kino isn’t all just quick draw and firearms, able to figure out her opponent and show that she’s able to outthink and outmaneuver them as well. 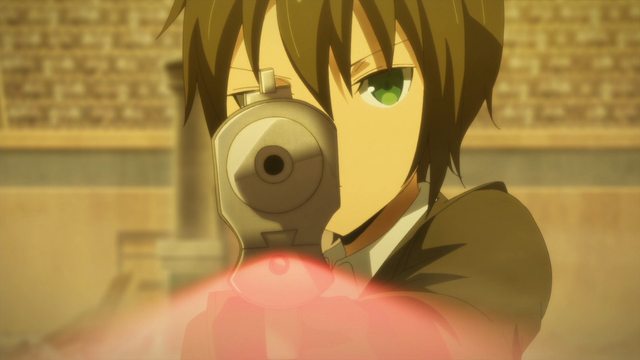 It was also a setup to show how tragic the country is with hints of the dark past, and of the motivations of the various other contestants as they fought for the coveted citizenship. 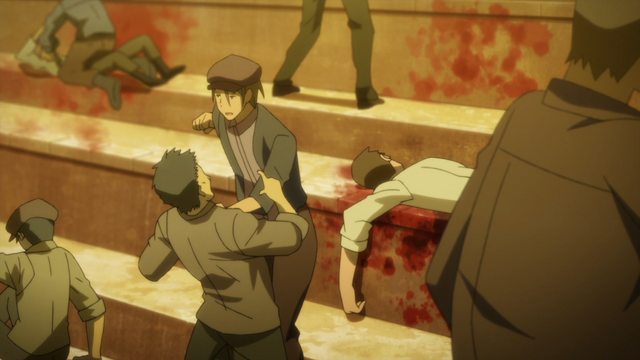 But all that were glossed over in twenty some minutes.

I was disappointed, but not angry. Not anymore at least.

It was a quick rundown of the Coliseum chapter, and while not having the same kind of impact, it seemed ‘okay’. Riku finally got to talk, but not as much as in the original, but still a bit snarky. He was meant to be talkative and to talk to both Kino and Hermes, but in the original, only Hermes would hear him and Kino would not believe her motorrad about the dog’s abilities. 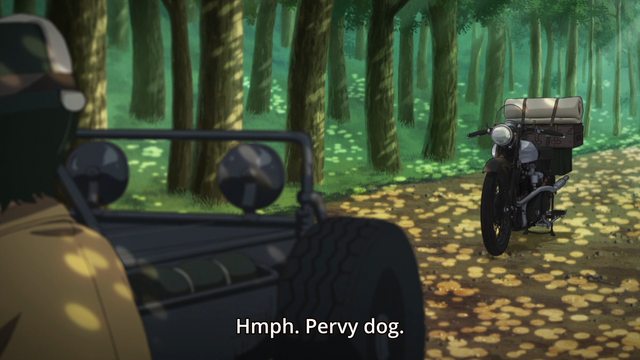 Regardless, I haven’t read the original light novel so I can’t as a person say ‘this was bad’ or ‘this was good’. It was a different take to what I thought was a very solid arc from the original series. And it’s still an alright episode, but for someone who has had seen the original, this felt a bit like a letdown. There was a lot of things that the original telling had done to make us feel for Kino, Shizu, and the predicament they are in. They also humanized and went into further detail the social structure of the fallen nation. I felt that, it was meant to draw people in, but even if you were going to put it down for action, the old telling has it beat. 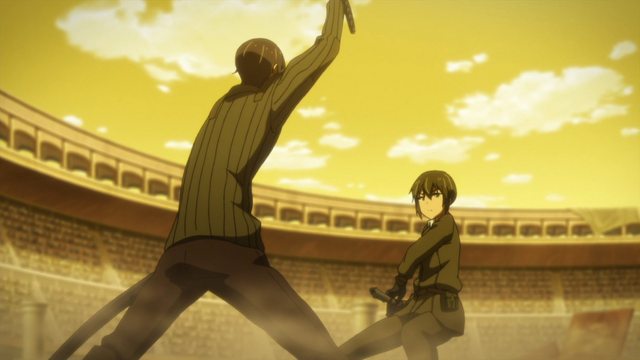 Shizu being stopped after some mere movement and seeing that Kino had drawn on him. Versus this:

Yeah, not the same.

And I know I was excited for this remake, but I can’t help but disagree, not hate, but disagree, with the direction they took with this episode.