Yet another quick thought due to the multi-country episode. Just something quick per country. Next episode should be back to normal. Should, not counting on it because I will be attending my last Anime USA for the foreseeable future. Gotta love having crap seniority for vacation. /sarc

A bunch of short stories detailing some nation through which our travelers come to. The first one is actually about a pair of bandits stalking a well-used trail. As the younger one starts judging the travelers making their way in, the elder of the pair remarks him on his ability to reason why their group should ambush the people traveling into their territory. 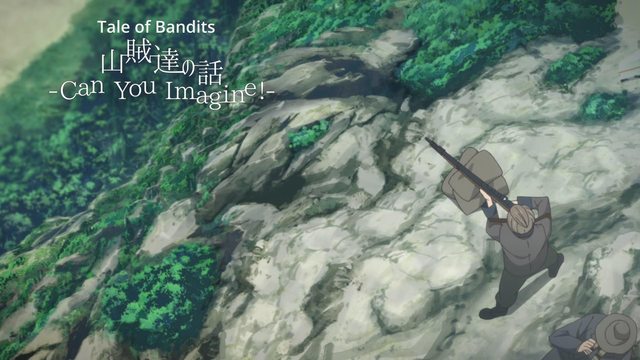 The elder has Shizu’s group and Kino go without much trouble, shooting down the younger man’s suggestions. While giving the younger bandit some advice on target selection, it seems that the elder had come across Shishou earlier in his life. The experience seems to be traumatizing to him as he recalled coming across her. This makes one wonder if the man was really assessing the fight in each traveler or was he just explaining away hits due to a bad experience in his past. 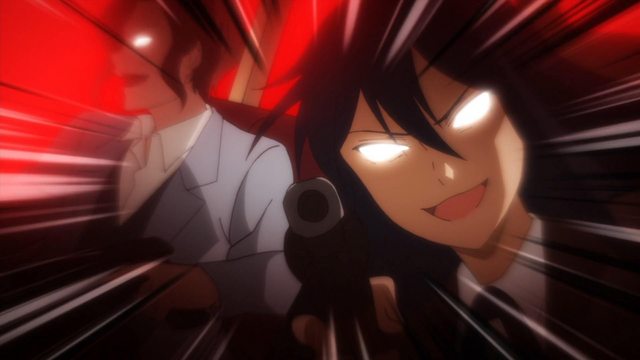 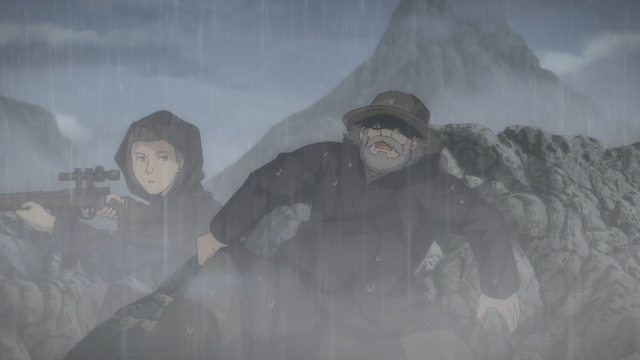 Also it seems that the younger bandit has noted that Kino is a girl, and not a boy. 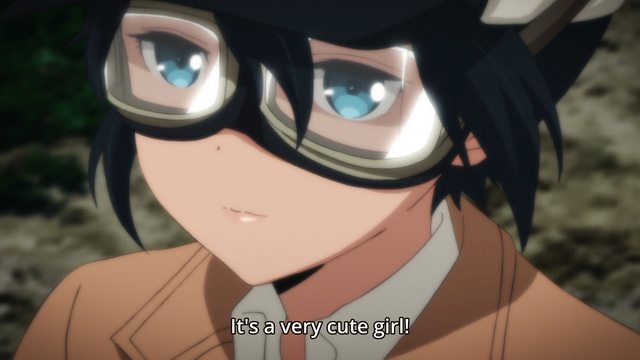 The next country was rather scary once you think of it. And it struck a nerve in me considering a recent ruling here in the United States concerning a murder of a young woman and her assailant’s trial gaining such a brouhahaha over the verdict. Still, I think the system seemed to ‘work’. The man devoted the entirety of his life to accumulate points, making himself a selfless servant of his fellow countrymen. When he finally had the ability to do what he’s always wanted since he was a kid, he couldn’t pull the trigger. 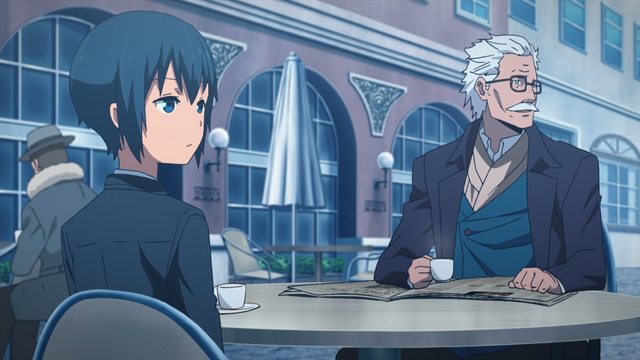 Ending his life with a balanced set of points. To us as an audience, it would seem idiotic to throw a lifetime of service away for the chance to murder a fellow citizen. But one shouldn’t discount the darkness in man’s heart. Which made me come to the conclusion, and from Kino and Hermes as well, that while the man wanted to kill someone, he is unable to. If he had wanted to kill someone, regardless of the points, he’d had done so already. Kino wasn’t unprepared if her hunch was wrong, but even when presented with a defenseless target as the newborn child, he couldn’t overcome a lifetime of good deeds to commit a moment of evil. 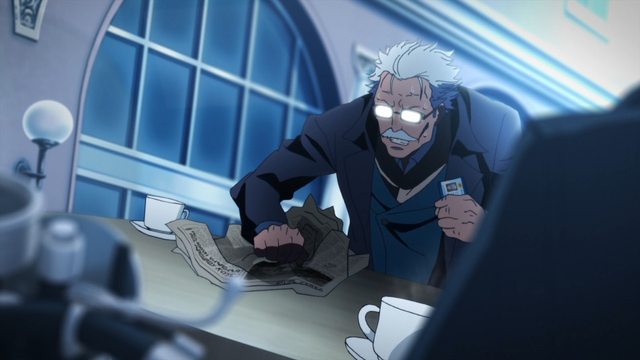 That said, what he said and what he thought at the end struck something at me. Did he mean to say that all his outwardly accomplishments were nothing him, who was unable to fulfil his passions due to society? Did he mean to say for the child to just follow a path not chosen by society and to strike out when the time came? I can imagine that in the man’s deepest, darkest psyche he feels a great emptiness in being unable to kill a man even with the points to completely counteract that action. 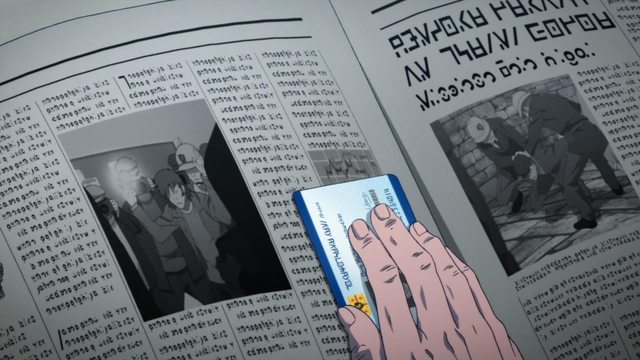 And it seems the country’s system made a net positive in that regard. 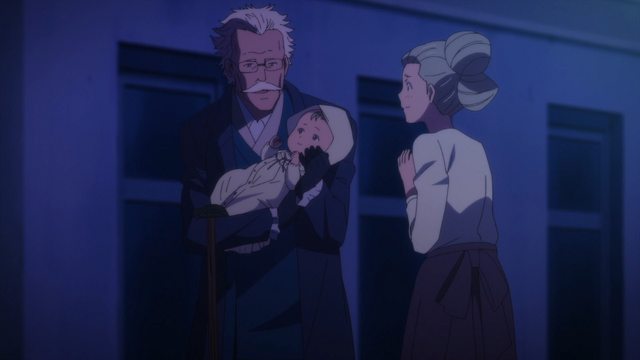 The country of cooking was silly, and helped lighten the mood. Holy crap I thought I was a bad cook, but Kino’s Fried Chicken reminds me of the spicy chicken sold from Cheogajip Chicken. Cheogajip is a chain of chicken places and I remember it mainly because when I was in high school, my best friend’s parents would always seem to have a box of their spicy chicken for us to eat when our buddies were over. Holy hell I couldn’t stand the heat. So it was amusing to see people take wax-tongued Kino’s chicken as their specialty. And make a milder version for children and the elderly. (Article on the chain here.) 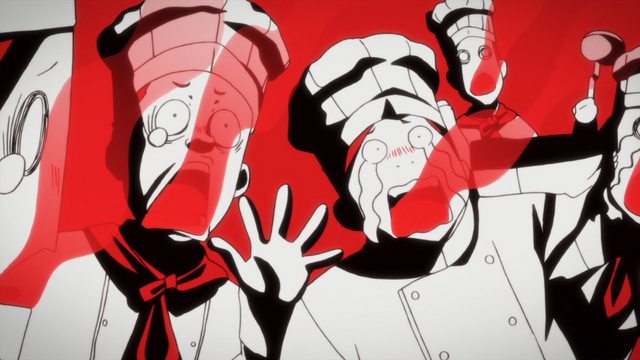 Which gets to my next point. I get that country is full of gourmet chefs, but I thought it peculiar that the nation’s chief dish isn’t really from that nation. It’s like Italy saying their chief dish isn’t pasta or pizza, but sushi. Or that France’s claim to culinary fame is a hot dog from a street cart. Or that the national dish of the Philippines is fried chicken. Well…considering Jolibee’s popularity, it might. 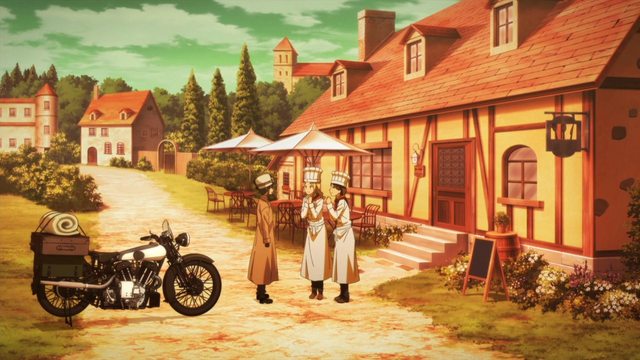 The next stop was by Shizu’s group as they come across a country with a rather prominent shrine where folks put up wishes. I was amused at Ti’s answer for her charm. Yeah sometimes wishing for something to come true is silly, but sometimes there is that bit of hope that what you want will come true. 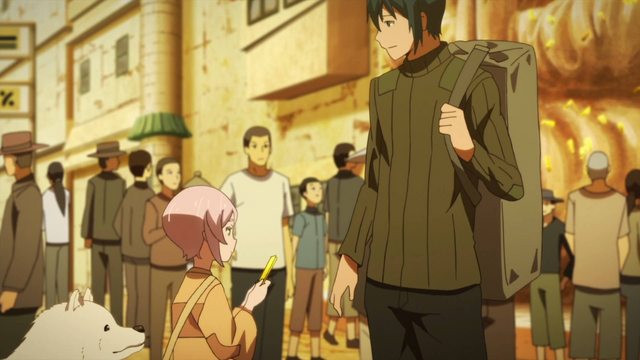 The last country visited seemed like a good place, and it was amusing to see Kino actually being frustrated and acting her teenage years because Hermes won’t say anything at all of her time in the country that had her memories erased. 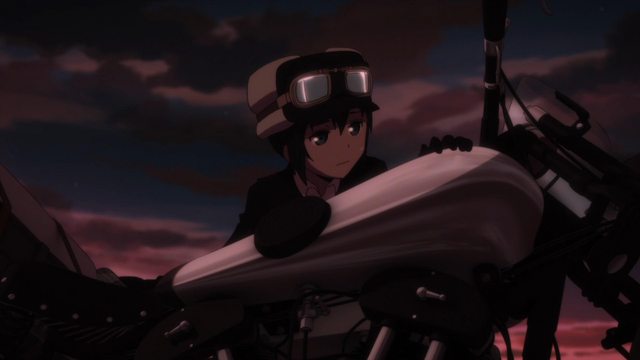 Overall, I thought the filler episode was fun, and didn’t feel like filler to me. A series of shorts of other countries that our characters had visited. I do wish we get to see Photo a bit more, her one episode doesn’t seem enough. Maybe with the next episode being called ‘Kind Country’ we might get a glimpse of her. Even at this point Shishou had more of a limelight than she did. Who knows, it’s just what I wish; or it could trigger the next arc in Kino’s Journey, probably talking about the original Kino and how Kino became a traveler. 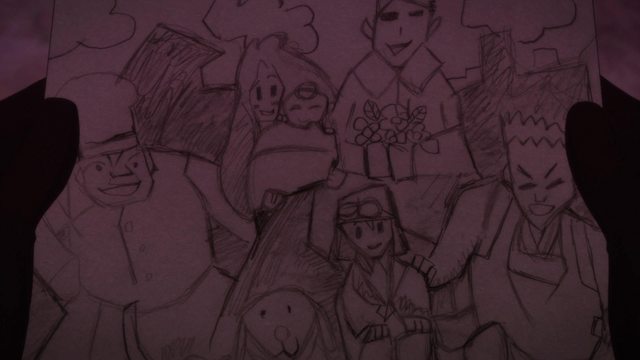 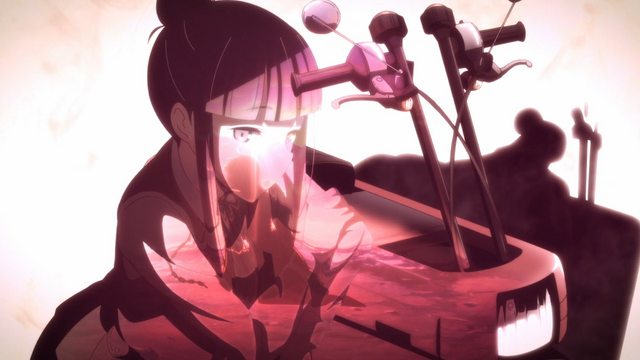 Amusingly, Keiichi Sigsawa had left an afterword, thanking us as fans for providing his work to be animated. He had wanted to do an afterword when the first series was being broadcasted, and it seems as though he got his wish with the second series. With that, he enthusiastically tells us to follow our dreams, noting that his work is proof of that. 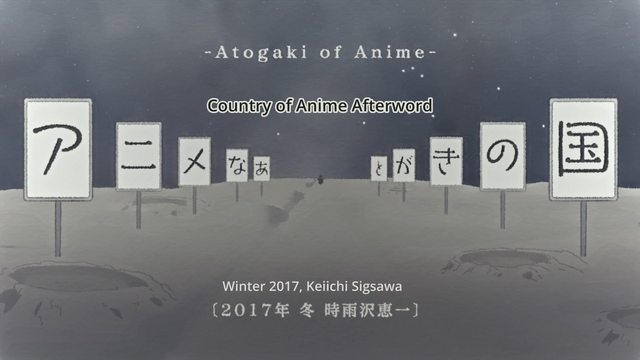