For someone on a Discord server I’m in, episode three was what sold the show for him. I was already sold from episode one, it has magical girls and guns, and we got to see a bit of Mia taking out members of supposedly the Tijuana Cartel.

Nothing like a little bit of light yandere by someone who is noted to be able to pump you full of magical chemicals that could melt your skin and cause it to break out in boils. I’m pretty sure Nozomi is pretty oblivious to Kurumi, though Sayako might’ve gotten hints that Kurumi has claimed Asuka. Even if Asuka doesn’t want any or isn’t picking up on it herself. 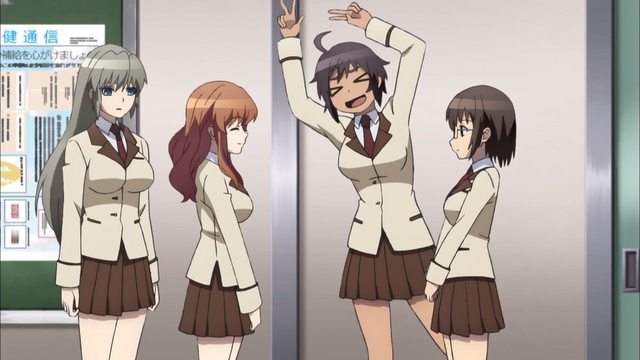 Sayako is still quite fragile, and after the events of the Iidabashi attack is still trying to cope with various triggers that kick in. That did go away for what I think is temporary at the high dive. She’s been scared for the past few days that anything would set her off, like a bunch of girls popping their packaged plastic forks and the like. This led to her jump from the high dive, a symbolic representation of facing her fears and finding strength at someone like Magical Girl Rapture in moving forward. Although at the end of jumping feet first into the pool, one should really try to tread water or they’ll sink again. 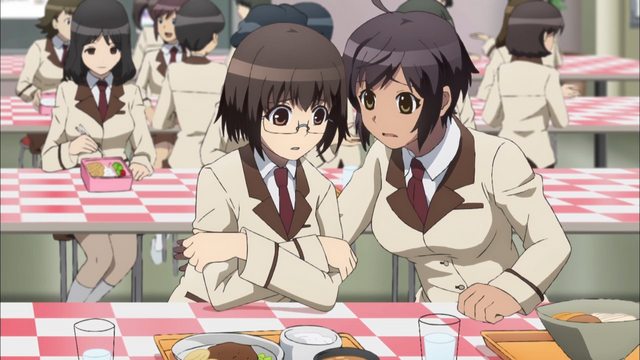 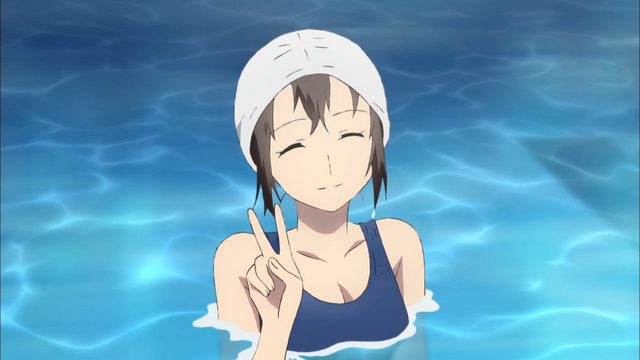 As for Kurumi, Kurumi I think doesn’t understand Asuka’s want and desire to leave her old world behind her. It was exactly the fact she was fighting that brought pain and suffering in her life. If anything, Kurumi might’ve forgotten, or more callously, not cared that her parents were murdered by the Disas beasts. She has her view of Asuka influenced from when she came to her as a friend while she was being bullied. I imagine that while they’ve lost comrades together, she didn’t understand the pain of losing one’s parents because of their ‘job’. 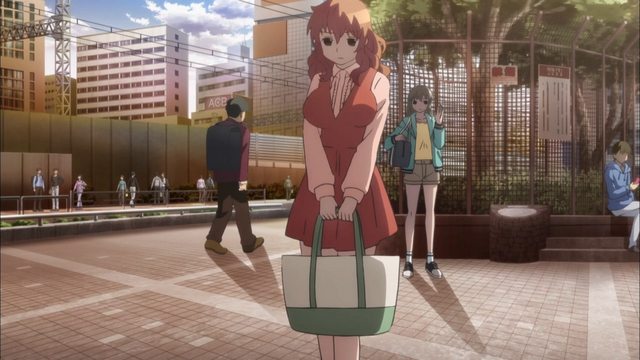 Speaking of which, the end of the episode had Nozomi kidnapped by (well, two people (?) that looked like Alan Rickman) members of Pick Scissors Abby’s group. I can only imagine how connected or knowledgeable her group is since they quite know who Nozomi’s father is and what he does for a living. 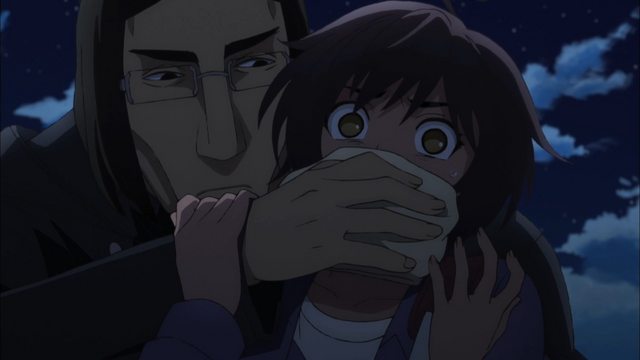 Going on pure mundane foundation for their investigation is going to cost something. For the members of the Tijuana cartel, their vests and reinforced table would’ve been a hassle for a squad of heavily armed Mexican Federal Police, but not for a magical girl with a magical gun.

But that upping the ante meant someone was going to respond in kind. The Tijuana cartel, the East Asian Unification Front or whatever the terrorists group was they have some rather impressive backers. The gruesome calling card at Mexico could’ve easily been expanded to corner Mia and her fellow agents. No doubt Mia could’ve busted through it (or be killed and her death relayed to the surviving members of Legendary magical Five), but the magical backing of all the troubles in the world is making a move. 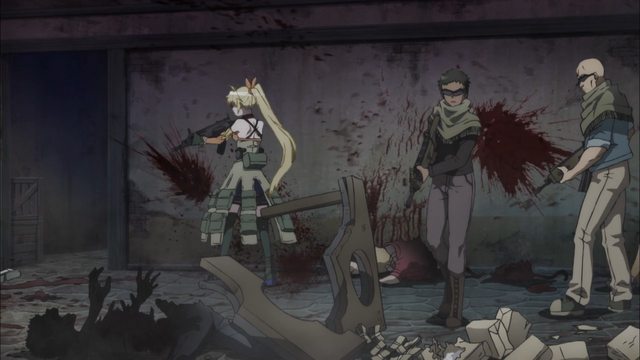 At first I thought that Magical Girl Just Cause Mia working for the US Government was the opening shot of the mundane use of magical assets, but it seems that it’s merely in response to organized crime and terrorism working hand in hand with their counterparts in the spirit world to sow division and to secure the resources of both worlds for their own gain and Mia’s deployment as well as the formation of M Squad is a response to it. 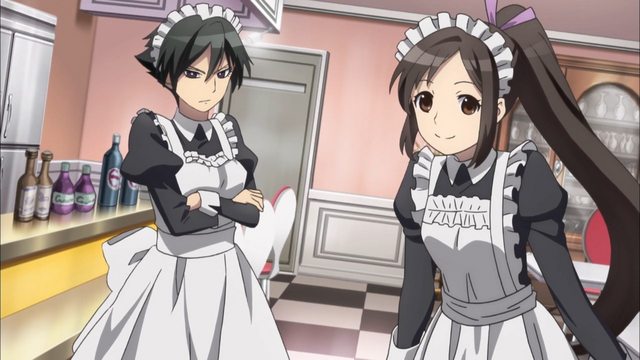 The rest of the world still is trying to come to grips with such a notion, which I think is why Nozomi’s father is a bit dismissive of the concept of magical girls being involved in terrorism.

One thing that was again explained was the magical perception magic, even if one knows the identity of the magical girl, as was the case with Mia’s fellow agents, it still seems to mess them up and leave them at awe when she transforms. I’m liking this bit, though it still makes me wonder if Nozomi is being targeted because her father is the lead interrogator of one of Pick Scissors Abby’s group, or if they’re using her to draw out Asuka. 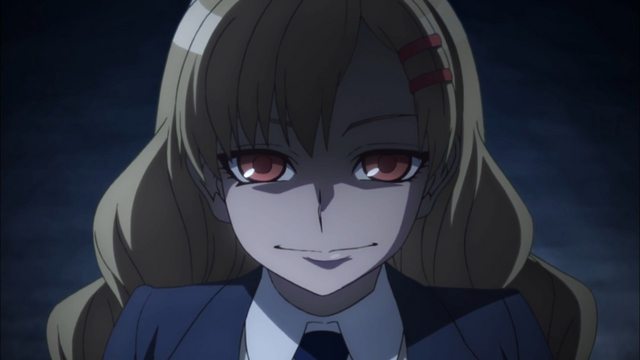 This is truly a magical girl show that I can get behind, I can’t wait to see more. The big bad is dead. Long live the big bad indeed. The King Disas was defeated three years ago, but as humanity is saved from the brink of destruction, members of humanity with ill reputation ally themselves with remnants of the Disas as well as malign spirits to continue with business as usual. 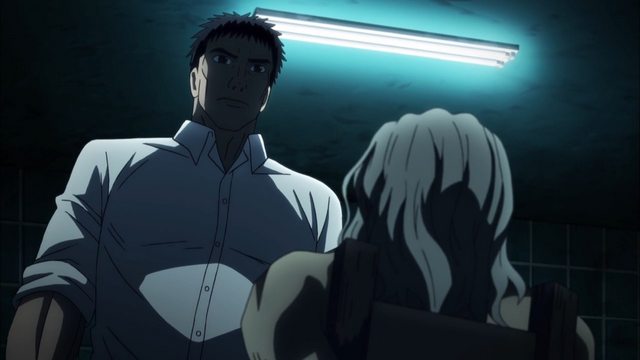 In Tijuana, Mexico, Magical Girl Just Cause Mia and two agents raid a Tijuana cartel safehouse where her magical abilities make short work of the cartel members. They find a man tied in the back who speaks of a babel brigade before he is given the magical version of the car crusher treatment before their very eyes. While one agent is aghast at the use of magic and its presence backing a group, Mia states their mission is still the same: to stamp out this filth. 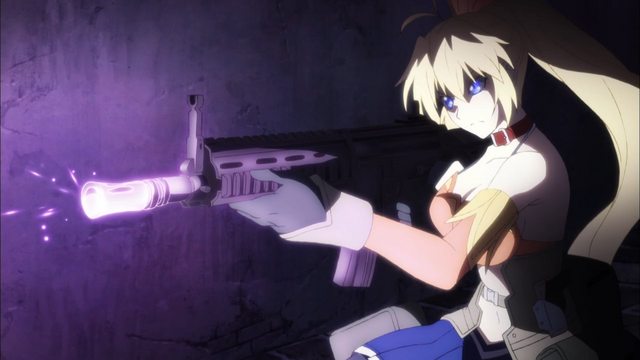 Back in Japan, Kurumi is a little possessive of Asuka, though Nozomi is still as chipper than ever and trying to make her feel welcome.  Sayako still goes through panic attacks at loud noises but as a sign of opening up they all agree to go swimming. It is revealed later during a workout scene that Kurumi prefers her life as a magical girl compared to when she wasn’t, weak and being bullied all the time. Asuka, while ‘retired’, still prefers to keep up her fitness though it doesn’t seem to be the whole reason for it.

Later, Iizuka introduces Asuka to Shima and Kaede. Both women are members of the JGSDF’s M Squad, a component of the Special Forces Group trained in magical combat. They are undercover as maids in a maid café, though Kaede doesn’t seem to enjoy it. Their café’s building houses the needed facilities for their work. While Asuka begins to state her desire to not be involved, Iizuka stops her and explains that while the war is over, smuggling of illegal magical items by criminal spirits is causing a new sort of ‘order’ to form. There is even reports of unsanctioned magical girls working against the peace they’ve fought for, and thus his continued attempts to recruit her.

Back at the National Police Agency’s blacksite, Nozomi’s father manages to obtain information from Kim Kanth, the terrorist leader of the Iidabashi terrorist attack, who claims a new more terrible war is on the horizon and magical girls are prey. He seems to discount this, saying that magic or not, they must do their jobs to protect normal people.

Back with Asuka and friends, Asuka, Kurumi, and Nozomi are having a great time at the pool, but Sayako decides to go on the high dive to overcome her trauma. Freezing at the top, she musters up enough courage remembering Magical Girl Rapture and jumps, relief finally washing over her as she resurfaces after the dive. Though she had to be saved by Asuka and others when she doesn’t try to tread water.

After their pool date, Nozomi decides that they should all watch a movie, and presents everyone with tickets to a show about a magical girl versus a shark before the group parts ways. Before Kurumi leaves Asuka, she asks if her current life is fun, and she responds that she isn’t fighting to keep everyone safe. Kurumi though feels that is the reason one should fight is to protect those you care most about. 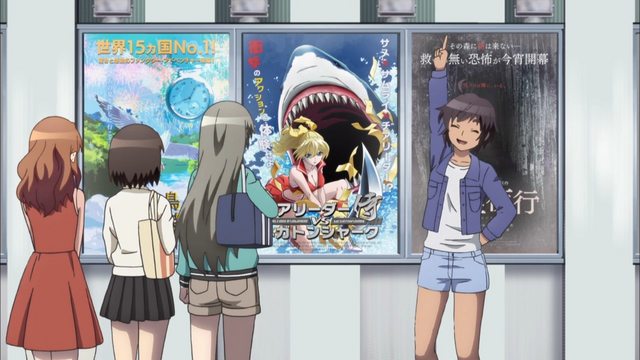 Later that evening, Nozomi is kidnapped by Abigail, otherwise known as the illegal magical girl, Pick Scissors Abby. Asuka receives a text from Nozomi, but doesn’t know she’d been kidnapped as the text was pretty in character to her very outgoing friend. 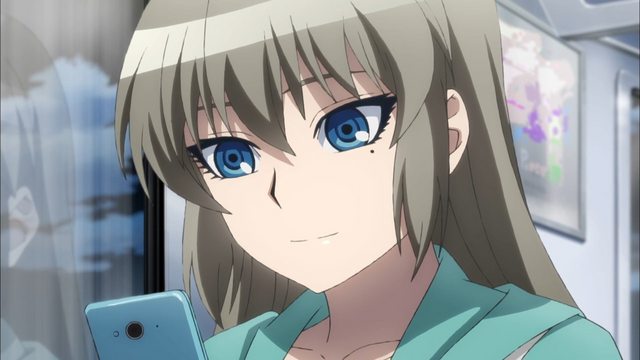