Quick Thought: Magical Girls, Division Agents, and Other Such Things

So, I was accepted into The Division 2’s Private Beta the past week. That has somewhat pushed back my planned five episode thoughts on The Rising of the Shield Hero, as well as combining my thoughts on the game with last week’s Magical Girl Spec-Ops Asuka post. 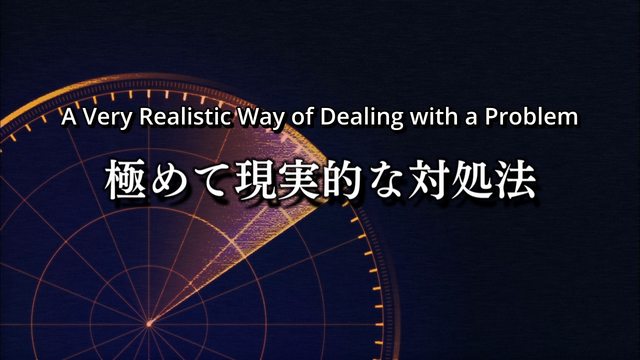 So, the fight with the two Russians show the futility of just fighting with a Magical Girl, something that Iizuka and M Squad knows and understands. That to defeat a magical girl, one needs to use another magical girl. That said, Kurumi got her ass handed to her. Not only was she going up against Abby, but she was being supported by two enhanced Halloween class Magical Biological Weapons. 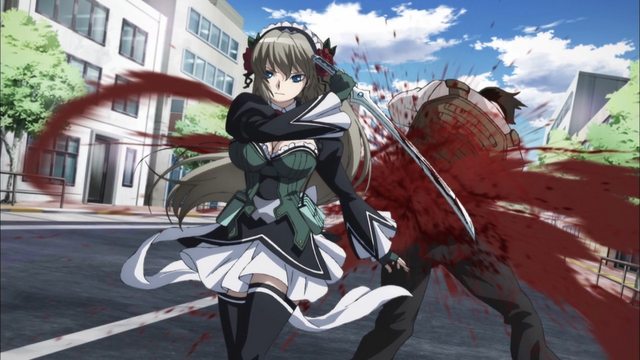 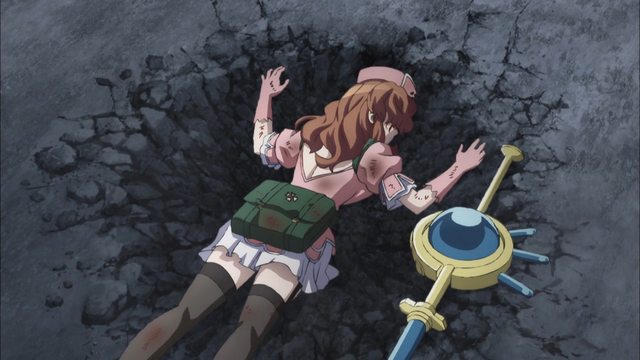 So if anything, I’d append it to be that it takes a combat oriented magical girl to take out another magical girl. M Squad reminds me of the canon reasoning for the RGM-96X Jesta featured in Mobile Suit Gundam Unicorn. They’re there to provide a path for the NT-D system to activate, taking out ‘regular’ enemies to allow the Unicorn to engage with and destroy any enemy suit piloted by other Newtypes. 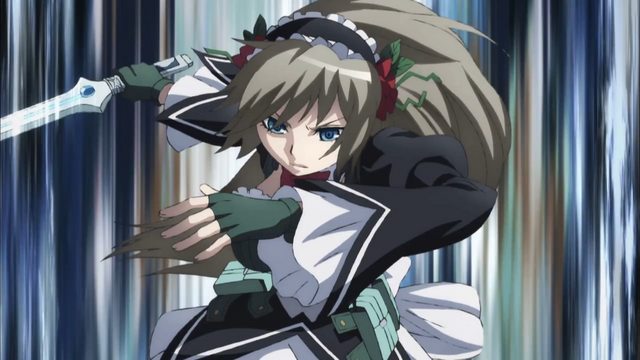 M Squad focused primarily in supporting Kurumi when she was down, taking out the remaining Halloween class and distracting Abby long enough for Asuka to come in and confront her. 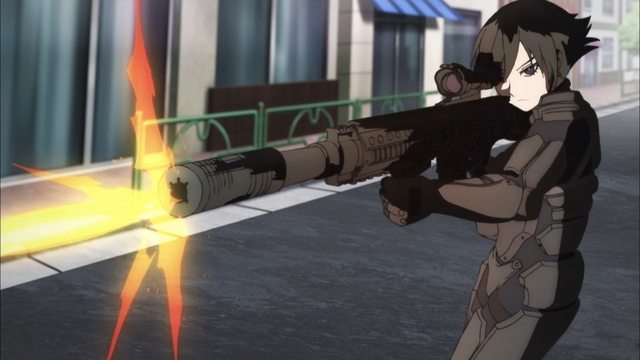 That said, that confrontation was short lived, as Asuka and two members of M Squad were trapped in the magical cube made by the ‘Queen’. While the ‘Queen’ had them all dead to rights, especially with Asuka having used up her magical powers to defeat the two Russians. Letting them go was a message, especially now that they’ve decided to be more open in their operations. 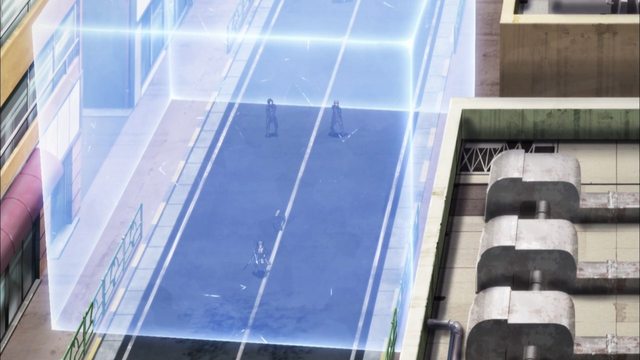 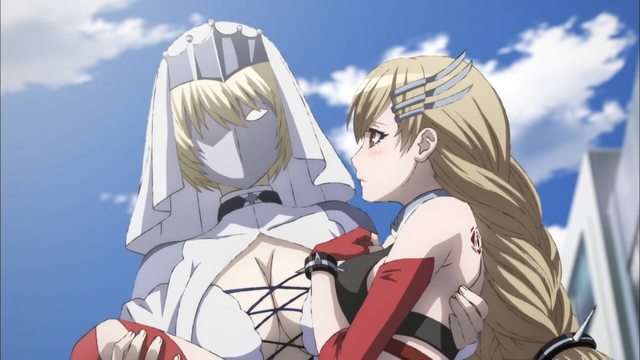 Speaking of which, it was truly heart wrenching seeing Nozomi go through that episode of PTSD, especially since Asuka and Kurumi knew her personally. Though their perception magic keeps them from being seen, the fact there were two magical girls at her bedside was enough to utterly send her into terrors to the point she blacked out. Kurumi did her best, even though it meant erasing her shitty week. 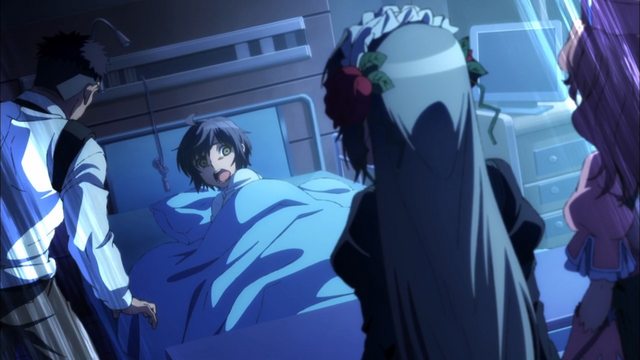 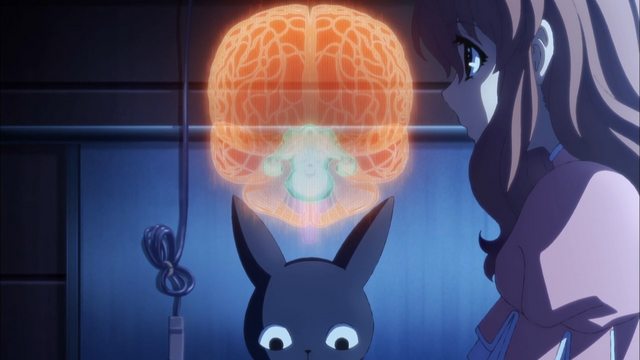 It was heart wrenching, and it was that realization that there were still battles to be fought is what brought Asuka back to the fold. Though the erasure of her memories was seemingly permanent, it was probably the best for all involved, especially Asuka, who now have a reason why she needs to fight. 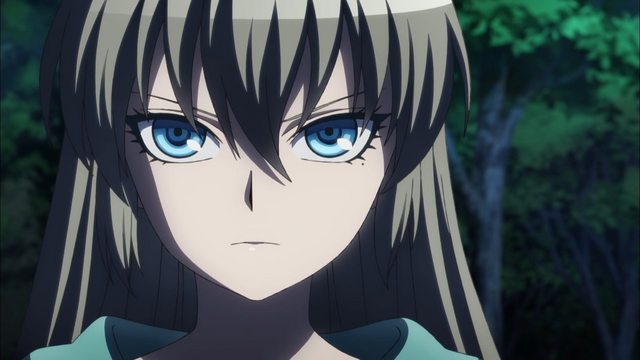 So with next week featuring more Mia, I can’t wait to see how the United States is managing with the post Magical world. 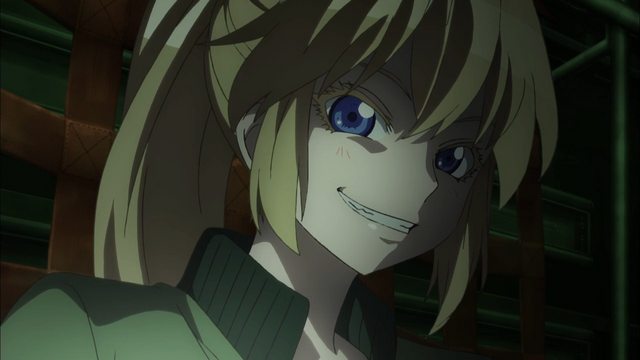 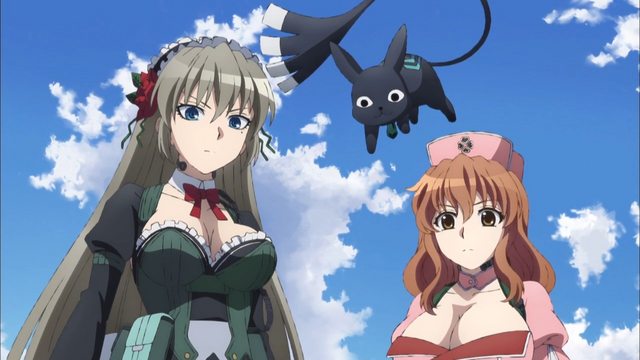 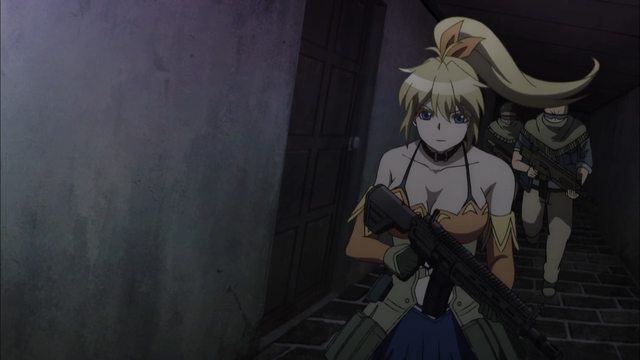 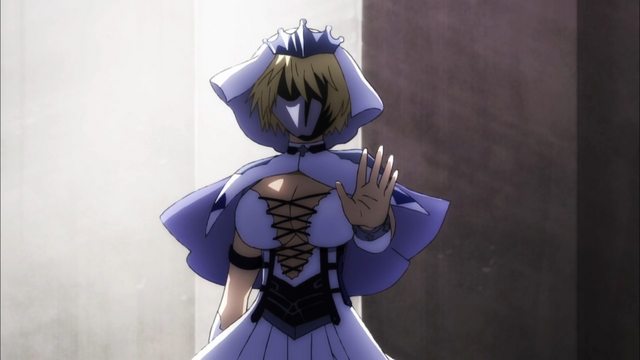 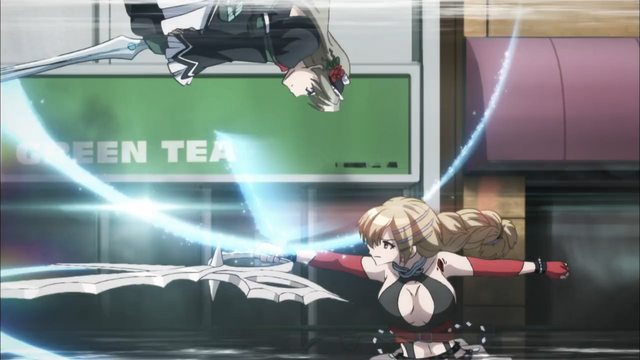 Well, I somehow got into The Division 2’s Private Beta through an email key. So my thoughts initially?

1) Optimization is a pain in the rear.
2) I need to be reacquainted with third person shooters.
3) This is fun.
4) My randomly generated character has more facial hair than I do (not hard to do). 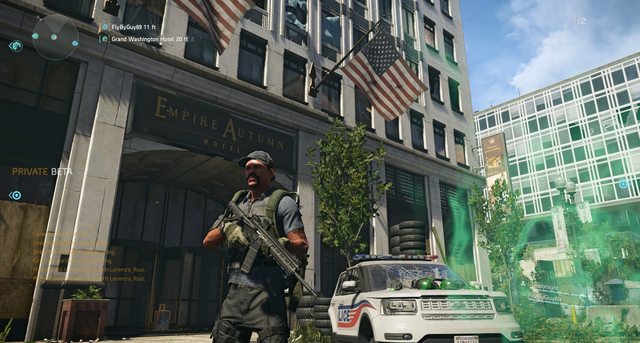 But in all seriousness? I think it’s a pretty solid game on its own right. Someone like MarcoStyle might despair at the Dark Zone changes because he is a PvP oriented guy, and I can respect that. I also agree with him that things seem a little clunky at the moment, especially on movement. Gunplay wise it has improved tremendously since the last time I played The Division.

I did take some issue with the three randomly generated characters for the endgame sneak preview, which would be the Invaded missions. The Black Tusk faction is very bullet spongey, probably a mechanics thing since they are two levels above our premade characters. 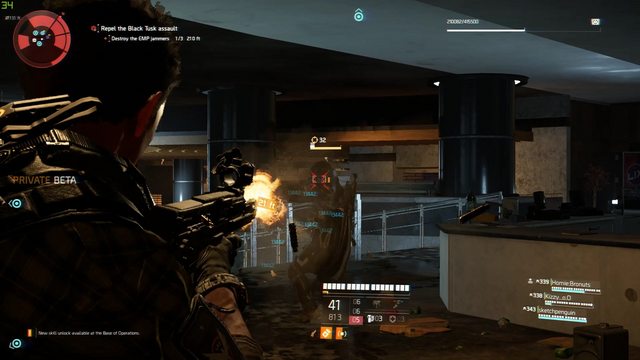 Personally I also didn’t realize until 10 minutes into my first run through that I had OTHER guns in the preselected character. I thought I had to run around with an SR-1 and Bizon the entire time. When I eventually realized my mistake, I was quite delighted that I had an LMG to play with.

After that it wasn’t smooth sailing, since the second time I played the game mode, I joined in on a pick up group and it was forty-five minutes of getting our shit kicked in. Granted how much I attribute that to the four of us just going off on our own is kind of a thing.

The gear allowed to us and eventual gear I picked up during my runs helped alleviate the issues I was having, but I wasn’t having any ‘fun’ in that PUG. Maybe in the end when the game releases, and the opportunity to grind and choose gear and weapons, skills and perks opens up that Invaded missions can be better played with. 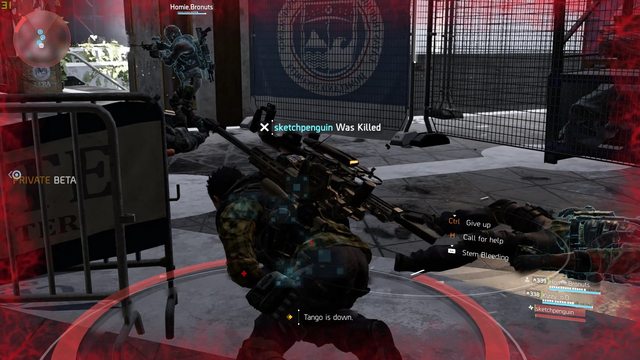 I didn’t spend any time in the Dark Zone apart from the mapping mission, and all I encountered alongside the other random were NPCs. The entire time I was expecting to meet another group and we’d have to fight it out. In a sense, it was relieving for me, but the thrill of the Dark Zone was the fact you can run into a bunch of people who decided you were easy prey and just decide to unload on you. Or vice versa.

You’d see movement of running players in the far background and you either rerouted to meet them head on or diverted to go to other hunting grounds. And it would suck if you were essentially following them every time you came across an instance that had already been looted. And then decided to ambush them as they were trying to cart off their spoils.

That’s where the fun and longevity of the game is honestly going to come from, and I can see why someone like MarcoStyle might take umbrage with the changes to the Dark Zone. But with more promised PVE, I certainly think I’d get my money’s worth with the game.

I still won’t preorder it.

What it boils down to (and I’m repeating myself)? I want to see the rest of the story, especially now there is more of an incentive for me trawl around and help settlements (Another Settlement Needs Your Help). I think the UI needs a bit of a rework, it is quite infuriating to have to click a bazillion times just to install a mod. I am liking now that weapon mods more or less are streamlined. 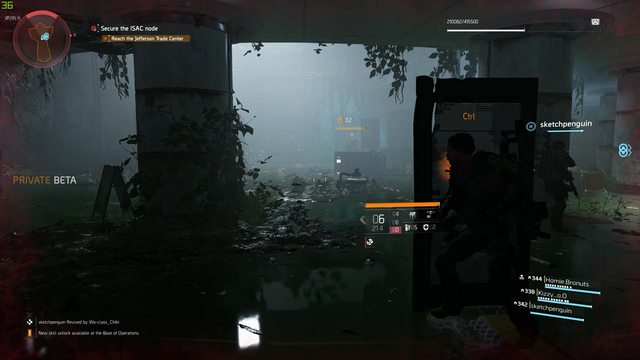 Gunplay is very intuitive though movement is clunky. I watch my videos back and remember the rather awful times I tried to do an action and maybe a half second or two later it does it, sometimes making me end up in a bad situation. Like click to move to cover, only for it to actually do so a split second later and I’m on the other side of the crate. And let’s not get to the bit in Jefferson where you have to drop down an elevator. I more or less have to keep Control pressed down for the game to register that yes, I do want to jump down. 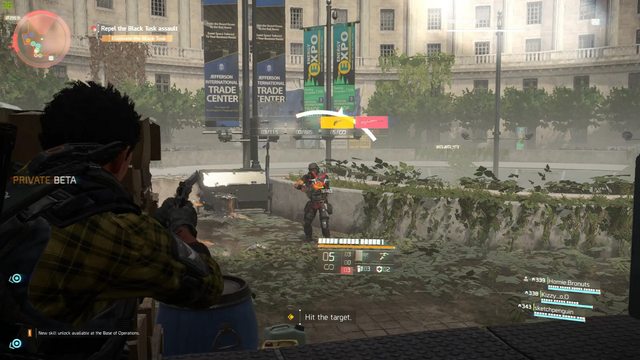 I did a New York reload, going from my empty L85 to my sidearm for the kill above.

In all, I had fun with the beta. I know some haven’t had fun with it, especially a friend who was wondering why his rather beast of a machine was having framerate issues and dismayed that a ‘beta’ was in such a sorry optimization form this close to launch.

Which is why I’m still thinking if I were to devote 60 dollars of my hard-earned, I-worked-for-free-for-nearly-a-month pay on a game, I’d wait at least two weeks, see where it stands.

I rectified a mistake today. I went and saw They Shall Not Grow Old. I honestly think it is the best documentary of any conflict in a long time. I agree with Peter Jackson that one can look up the tactics and strategies up on a history book, but the lived experiences of men who were there could never be fully conveyed.

It was like watching Band of Brothers again, to hear the story of those who actually lived through it before they all disappear.

I’m also on vacation, but if something isn’t passed this Friday, I won’t be on vacation for my full allotted time. While the unused hours will be returned to me, it means my plans to volunteer as part of the Public Safety staff at Katsucon 2019 will have to be curtailed somewhat. But if it isn’t, I essentially work hard Thursday and Friday, one shift on Saturday, and I get to enjoy the rest of the weekend.

Tomorrow Larry Correia is coming to the Washington D.C. area for his Sons of the Black Sword book tour. While I have not picked up the SotBS books, I am going to have him sign my other books, as well as my Kindle Fire HD8. I sadly cannot bring my gun case for him to sign. Tyson’s Corner Mall security might have some issues with it. But it has been some time since he first came here.

2 Responses to Quick Thought: Magical Girls, Division Agents, and Other Such Things