I dunno what to think about this one. I kinda want to like it because it’s an interesting premise, but I’m not too fond of some of the CGI.  Housekeeping: Fruits Basket episode 4 blog post will be done later. 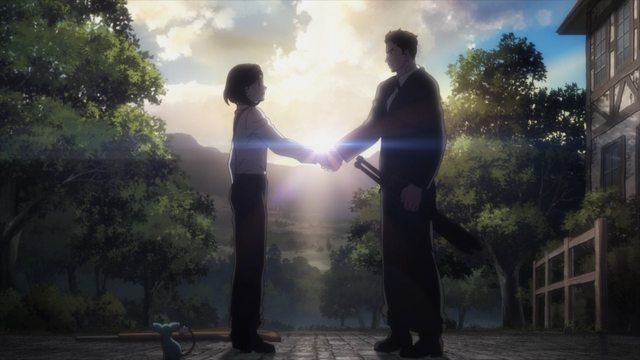 The prevailing thought through my head as I watched the first three episodes is that it reminds me a lot of Pumpkin Scissors. The supernatural powers, an overarching department recently created, etc. Though that’s probably as close as I’ll get.

Set in an alternate world around the turn of the century, with magical-science studied alongside practical sciences and engineering, a war for unification had ended with several different nations coming together to form a new nation. As people start to settle into the new reality, some are still harboring feelings of resentment, loss, betrayal, and end of innocence. 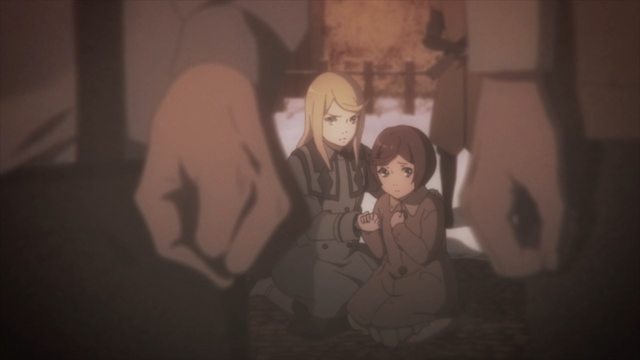 During the war, soldiers were implanted with ‘fairy organs’ which allows them to summon a creature to fight alongside them. These creatures are tied to their owners and when taking damage, feedback is sent back to the user. Overall, around 300 ‘Fairy Soldiers’ were recruited and created among the different factions, which were deployed against each other, general forces, and suited automatons called ‘artificial faries’. 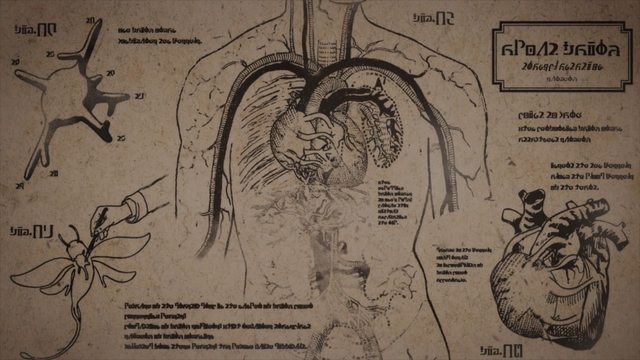 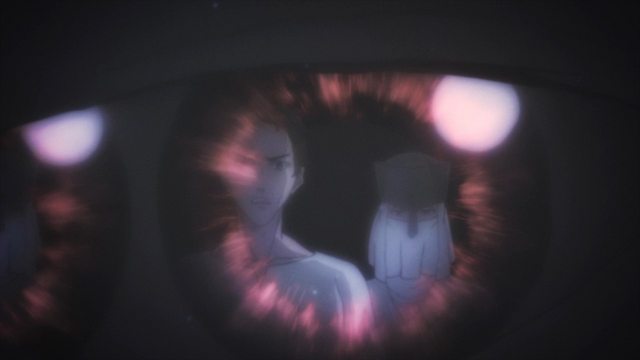 After the war, only 17 known users remained, but as peace fell in the united lands, illegal fairy users started appearing prompting the formation of the government agency called Dorothea to hunt down and arrest these and put a stop to criminal use of fairies. 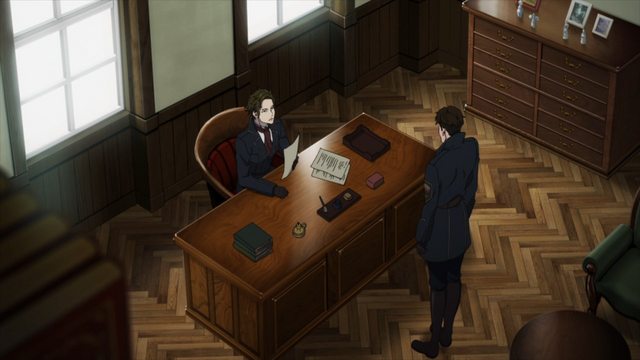 The main heroine/character of this story is Marlya Noel, who came from a village destroyed by the war. She’s been searching for her childhood friend Veronica and ended up joining the mafia to find her. We also meet the main hero of the story, Free Underbar, a member of Dorethea who had infiltrated the Mafia. 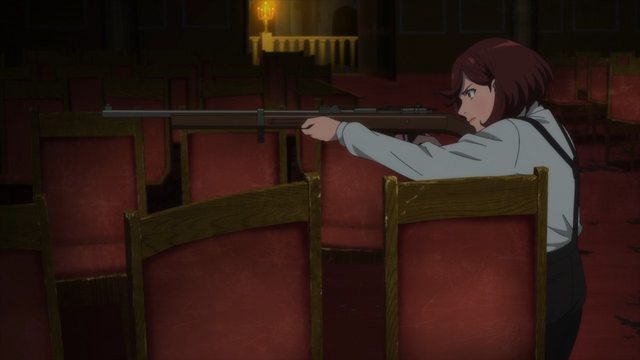 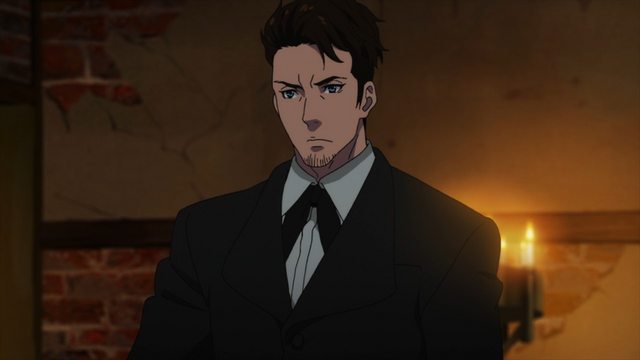 The story starts off several years after the war. On duty as guards an auction where a page of a ‘Black Fairy Tome’ is being auctioned off, a thief kills the guards on stage and steals it, only to be revealed as Veronica Thorn, Marlya’s childhood friend and now an illegal fairy soldier. As Free and Veronica clash, a jar containing a ‘Fairy Primoridal’ breaks, and to Marlya reaches for it, intending to keep it safe. The Fairy Primordial decides to possess Marlya and she ends up using her newfound summoned fairy to break the fight allowing Veronica to escape. 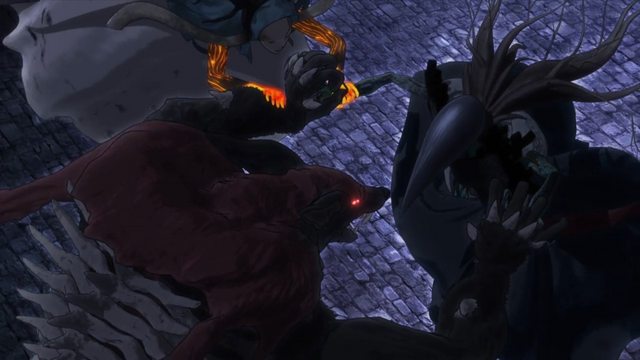 Given a choice between getting arrested or working for Dorothea, she joins Free. The next two episode expands on the background, with flashbacks showing Free as a soldier during the war alongside a man named Wolfram Row. Wolfram now works for an organization that supplies illegally created artificial faries to rabble-rousers and other such organizations not content with peace.

Cold and calculating, he kills the hired transports to ensure no one could spill the beans on the buyers of their goods. It was also here that we meet the rest of Free’s team, Serge Tovah and Clara Kisenaria, who are also fairy soldiers. Serge’s fairy is a long-ranged unit while Clara’s is more of a forward observer type. 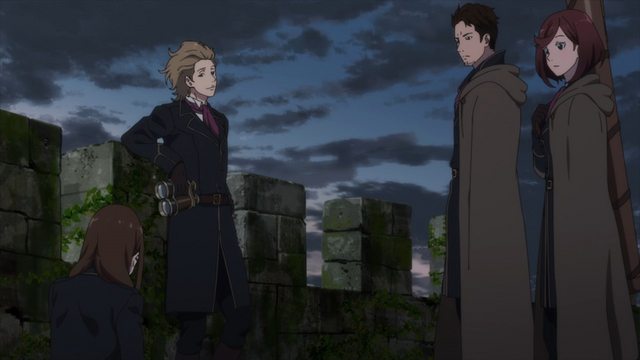 The third episode also introduces some other characters which I imagine would be introduced in later episodes, though the one introduced would be “Sweetie” Bitter Sweet, an illegal fairy user and contact from a rival mafia from the one Free had infiltrated.

The third episode had Free, Marlya, and Sweetie, as well as another person, Axel Rabu, looking to obtain the Black Fairy Tome. The Black Fairy Tome is a scholarly work written by a prominent fairy scholar but not included in the known books due to its potentially dangerous information. 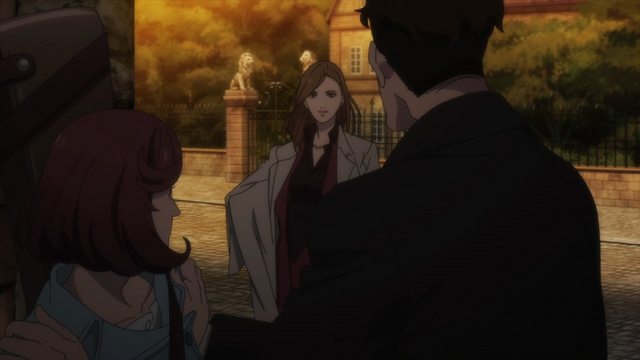 It was currently held by a current-day fairy scholar named Cain Distaroru and his housekeeper, Damian Carme. The whole thing though was a ruse by the keeper of the Tome, Damian, and Veronica to flush out the groups seeking the real Tome.

I think that was the super-fast cliff notes version of the first three episodes, and I’m conflicted. On one hand, introducing this many characters so fast in three episodes is needed, as the anime seems to be moving towards a bit of grand strategy, cloak and dagger, new world order sort of plot device for moving the whole premise along. On the other, we barely get to know or feel each character. They feel a bit two-dimensional in the moment as we can’t really add some depth to their motivations or aspirations. 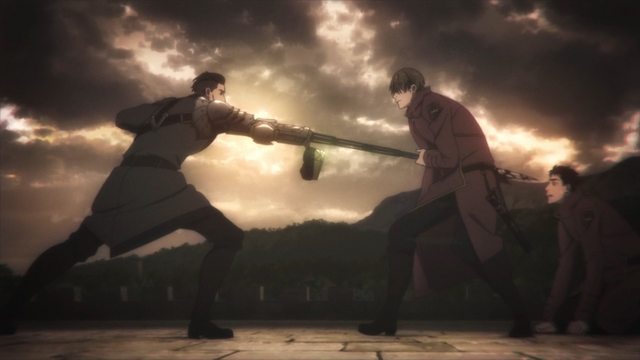 Fairy Gone was announced to be a 24 episode series, and seeing as they are shoving characters out as fast as they can leave me some hope that PA Works knows what they’re doing. Pushing out the cast to ensure audiences know they’re there, it means a lot more emphasis can be put into the story and fights.

Animation wise, it’s not the most beautiful thing out there, and much like Pumpkin Scissors, the darker color choices sets the tone that this is still a world recovering from a devastating war. (Violet Evergarden also had a devastating war with undercurrents of resentment, but that wasn’t the whole premise of the show.) A war in which an average human with a bolt-action rifle is no match against a multi-limbed monstrosity armed with knives controlled by a superhuman soldier. 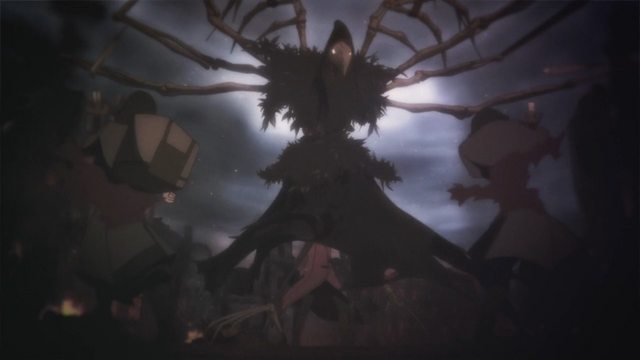 Speaking of which, I have this feeling deep in my gut whenever I see the fairies. The CG designs evoke this sense of ‘wrongness’ within me. Marlya’s fairy uncomfortably reminds me of the titular frames from the game Warframe. By all accounts a game I should be fine with. I was interested in it but the biomechanical nature of the player avatars just didn’t sit right with me and after just looking at the designs, I was sick to my stomach. 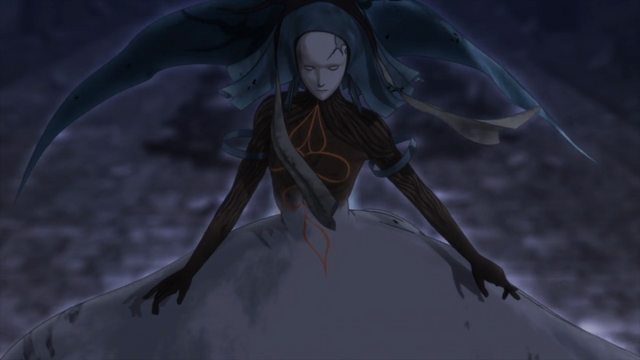 I guess if that sense of ‘wrongness’ was what PA Works was going for, I guess they achieved it with at least, me.

Overall it’s an interesting premise I may pick up. It’s hitting the ground running though either in long strides or in an exaggerated motion reminiscent of a person running to the toilet, where this pace leads to, we don’t really know for sure yet.

If anything, the fairy designs just sends a shiver up my spine when I see them.

Edit: In further reflection and conversations with someone else, I REALLY hope the pacing improves. The show has this potential but I’m not seeing it really. Not until it slows down a bit and lets us catch our breath.

Or for me to stop feeling nauseated. 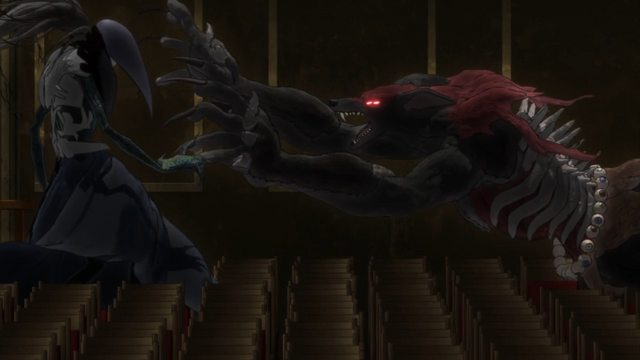 Conservative, Patriotic and an Otaku. Recent grad of George Mason University. I am interested in firearms, politics, Japanese Anime, and military tech.
View all posts by Jusuchin (Military Otaku) →
This entry was posted in Anime, Fairy Gone. Bookmark the permalink.