Cute Girls Doing Cute Things with Air Rifles. I’m late with this, as I spent most of the weekend out and away form my keyboard, and now just getting into blogging. 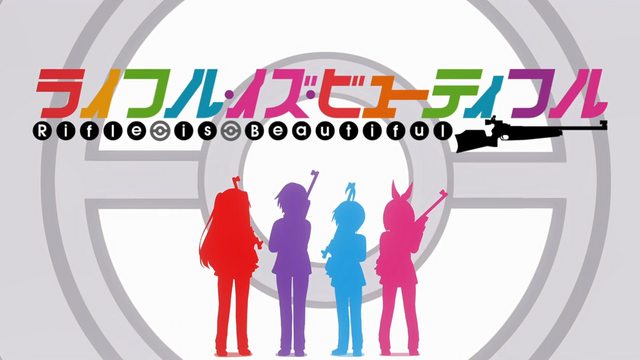 Air Rifle is still a club in some places, that alongside with trap/skeet and other shooting sports, though a dying thing. I know some states still have a few high schools who have a proper shooting sports team and some colleges, a far cry from when most schools in the US once had similar teams. 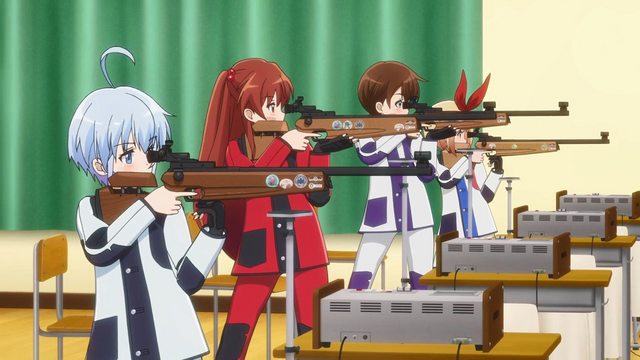 So onto the show. It is once again another CGDCT anime, and with a subject I’m interested in. When I went to high school in Virginia, Robotics and Weightlifting were the rage so I never got into any real after school clubs. 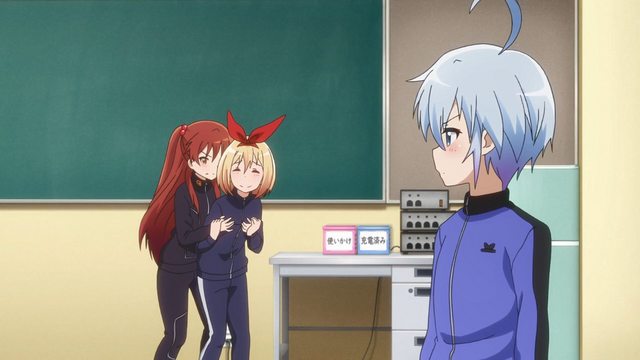 Anyways, the whole ‘oh no we don’t have any members’ bit was short. Seemed like most of the girls were already middle school competitors so the club wasn’t shut down. 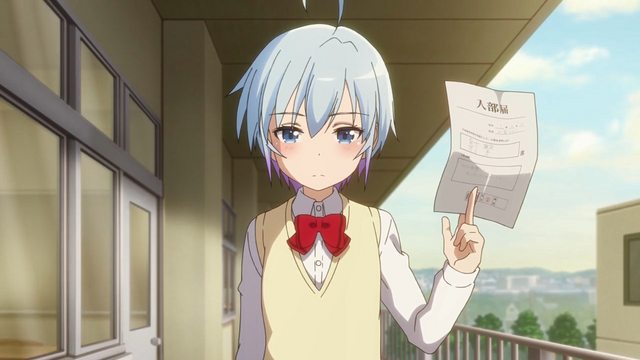 The show does explain the basics of the sport to the viewer in something easily digestible. Possibly to comply with requisite Japanese laws, the rifles the girls are using are either converted or purpose-built laser training weapons. 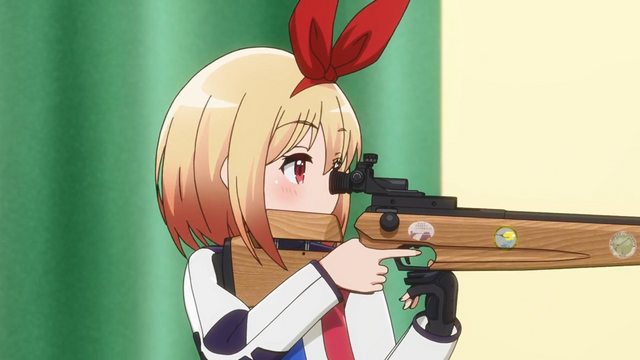 I will admit, this is not a shooting sport I am used to. I live in the United States, where the much more practical (and visually pleasing/flashy) shooting sports reign supreme. Olympic shooting sports have their niche, especially in nations with more restrictive firearms laws, but have diverged significantly from common or practical shooting being done today. A throwback to the days of black powder shooting events where specific stances and form were what netted you gold.

Admittedly, I am a bit of an outsider looking in, as I’ve never run any sort of competition shoot, the purpose of my firearm is personal protection and target practice.

Speaking of, in this episode the main character, Hikari, had to dispel some often ingrained biases against rifle shooting. Being a noted klutz, she also failed to explain that beam rifles do not mean like the eponymous weapons from MS Gundam, but rather a laser light weapon not too different from camera flashes. 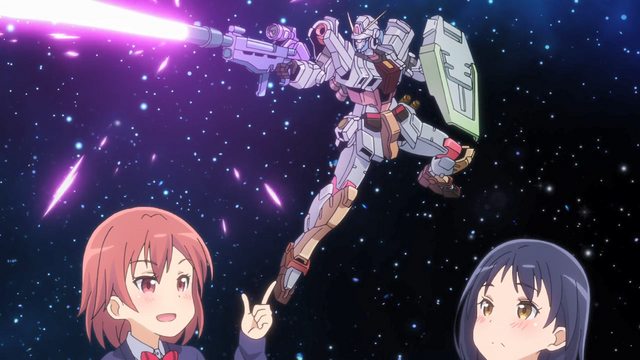 As for their shooting jackets, in practical shooting sports, the focus has gone more into the gear used than what the shooter wears. Watch any Jerry Miculek videos and one could see why. But in Olympic shooting, the focus goes towards stiffened clothing that help maintain a shooter’s stance. 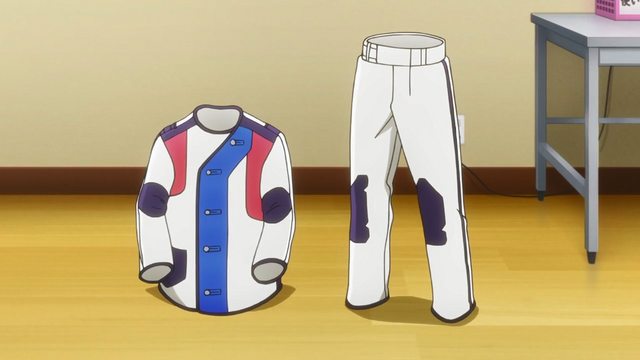 Overall, the show is pretty niche, even for gun nuts like me. I’m of the opinion that the Olympics are boring, the last real excitement for me has been in hearing about milestones. Usain Bolt’s gold medal world record; Hoàng Xuân Vinh’s 10m air pistol Gold, the first for Vietnam; US skeet shooter Kim Rhode’s 6th medal win. The last opening ceremony I watched was Winter Olympics at Salt Lake 2002. So forgive me if I fall into talking about what I know more than what is actually being portrayed in the anime.

Now that we fast forwarded the formation of the club, we can get to the more day to day and competition scenes. The show will have to carry my interest in the strength of the interactions between the four main characters rather than try to draw me into a competitive sport I have no clue about or inkling to try after the show’s run. 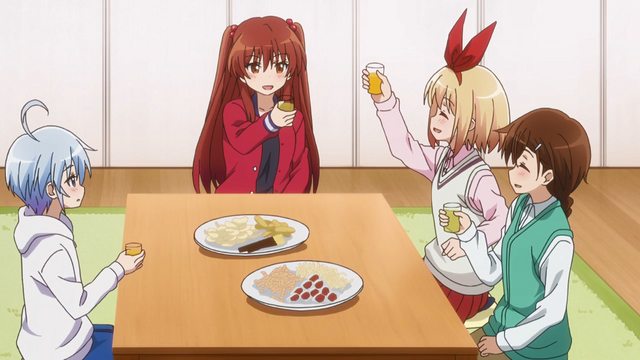 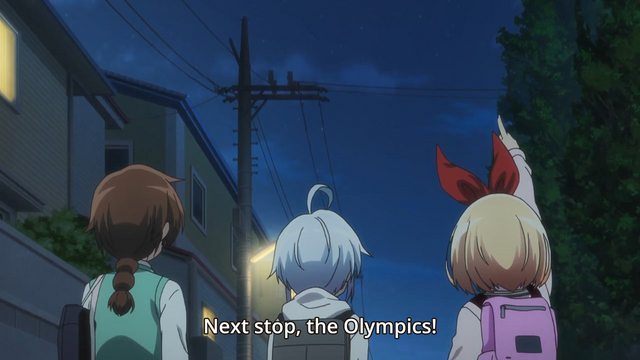 I’m actually not going to be doing an episode summary, only leaving my thoughts for this entry. Unsure if I’ll keep it or add in a proper summary for next episodes. The 4koma source material really doesn’t help with my sort of summation style. 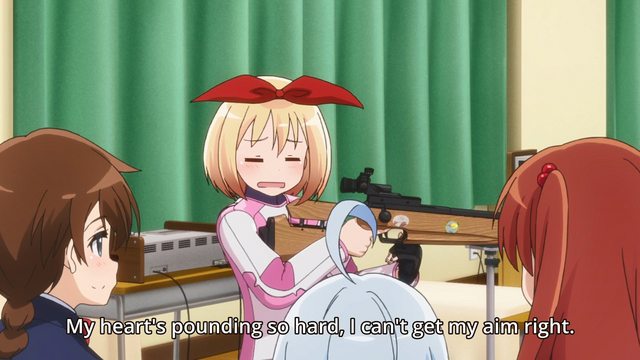 Conservative, Patriotic and an Otaku. Recent grad of George Mason University. I am interested in firearms, politics, Japanese Anime, and military tech.
View all posts by Jusuchin (Military Otaku) →
This entry was posted in Anime, Rifle is Beautiful, Three Episode Rule. Bookmark the permalink.

2 Responses to Three Episode Rule – Rifle is Beautiful – Episode 1: What are Beam Rifles?