I’m honestly not a fan of ‘Edgyprise’ and I know some have stated their disdain for the PTSD-addled Grey Ghost, but it seems that she’s here to stay for the foreseeable future. Though we do have the addition of Belfast and her impossible clothing into the shipping wars, being somewhat paired up with Enterprise for now.

Enterprise is quite an obstinate girl. I understand the trope of the stoic warrior but having known when it’s overused, or rather, written characters where it’s been overused knows anyone who actually can take stock of what he/she has is also just as important. Pushing ahead to protect and fight is all fine and good but had it not been for a certain passing through maid, Enterprise would’ve tasted Zuikaku’s powered up steel. 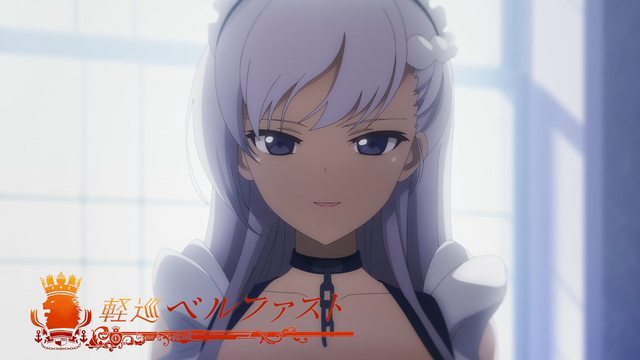 That said, the timely arrival of the Royal Navy’s fleet on the heels of Belfast’s fast intervention gave the Iron Blood and Sakura Empire forces some pause. They could fight, but it would seem even if air superiority with slaved Siren vessels and two carriers, they weight of metal would be stacked against them. 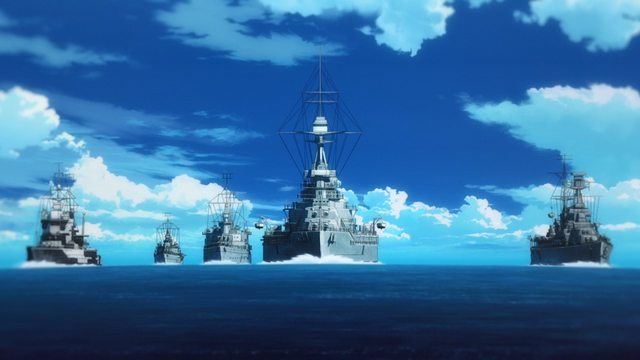 With the leader of the Royal Navy now in the new Azur Lane base, there seems to be some semblance of a command structure. I’m unsure if an Admiral or Commander would show up to actually lead the girls, or if they’re self-leading in a manner much like Nagato did in the Kantai Collection anime. 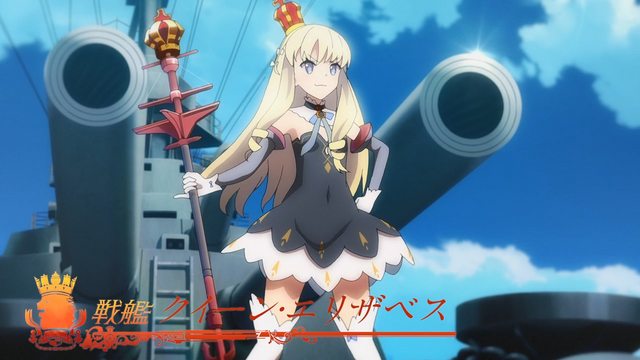 That said, it seems we’re treated to a bit of hilarity with the beach episode. As part of no doubt their rest and relaxation period, the girls from Hornet’s task force relax on the beach as their ship forms are no doubt being repaired by the repair ship Vestal. Vestal already had words with Enterprise, but like Belfast, seem unable to impart any sort of meaningful lecture on the stubborn Eagle Union carrier. 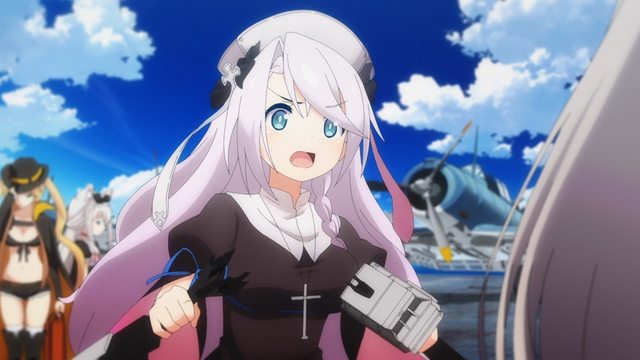 Also, poor San Diego, she is the show’s buffoon much like Naka was for Kantai Collection. She also ruined a good set of fish and chips, as well as being eaten by a shark and being ‘rescued’ by Saratoga, whose idea of ‘rescue’ is to send fighter bombers after the shark. 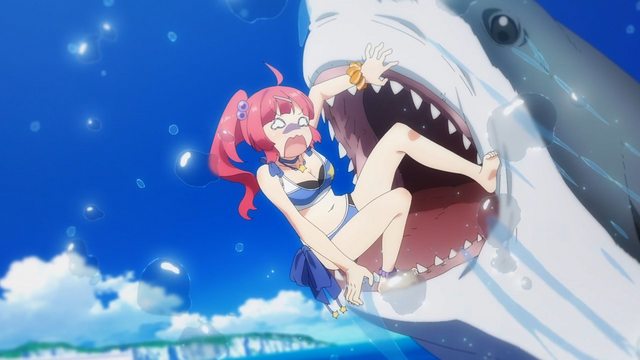 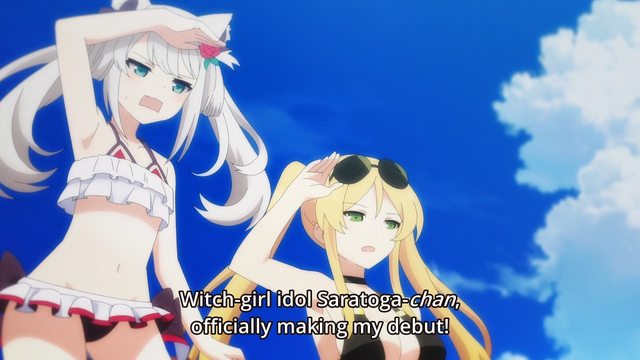 That beach scene did allow Belfast and Unicorn to drag Enterprise to the beach, where she watched over the light carrier. Enterprise is no doubt pushing herself for her sister’s sake (Yorktown) who is unable to fight. Unicorn thanks Enterprise for saving her. Unicorn does ask Enterprise an armor piercing question, asking if she was scared of the ocean. Belfast is even more direct, noting her lifestyle choices would lead to her cause for fighting to falter in due time. 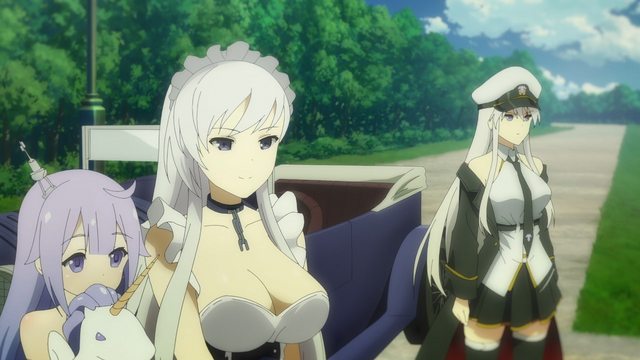 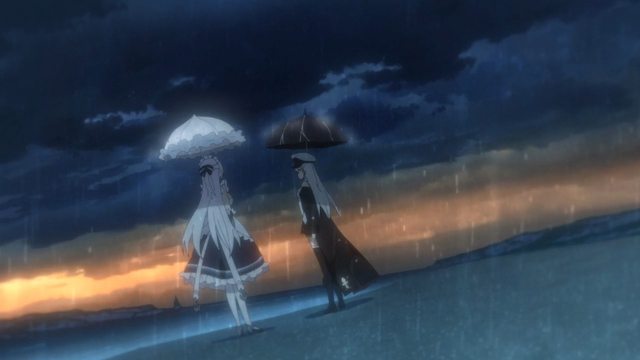 We also do see more shipgirls outside of the main factions with the Dragon Empery ships Ning Hai and Ping Hai being the two ships that needed rescuing from Siren forces. I’ve been informed that the pair when deployed together make for formidable combatants in PVE, with their bonus being against Sakura Empire. That would make sense on how they were able to defeat all those Siren vessels while outnumbered. Befitting their real-world counterparts having been commissioned by the Republic of China (and then captured and pressed into Imperial Japanese Navy service). 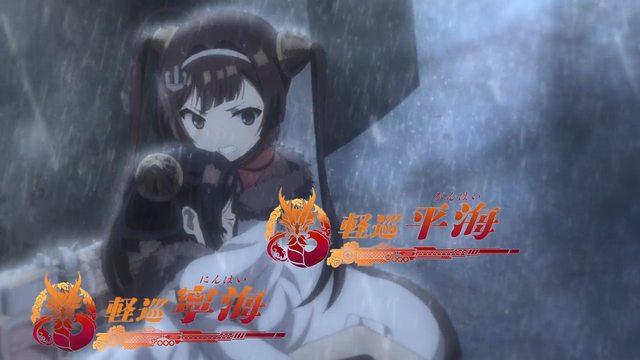 With Belfast joining in, the list of main characters has grown significantly. As Belfast is here to ‘teach’ Enterprise on how to be a gentlewoman, it seems Prince of Wales and Cleveland are pushed aside while the show still tries to hint that the main characters would be Laffey, Ayanami, and Javelin. 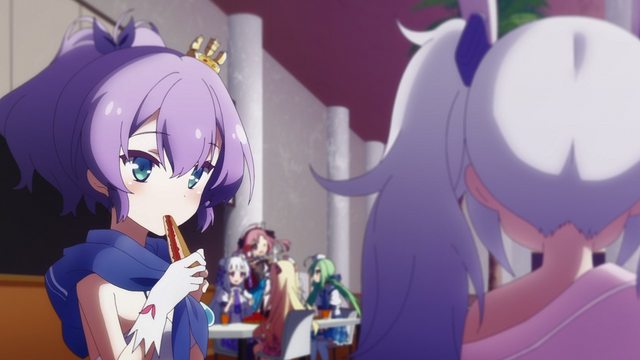 Shipping ships aside, it does clarify that the shipgirls are actually human-forms of the ships who can summon their normal forms into rigging. Kantai Collection was quite mum on that aspect, but to be fair, it is a bit of a challenge to adapt simple mobile games such as Kantai Collection and Azur Lane into a proper series. 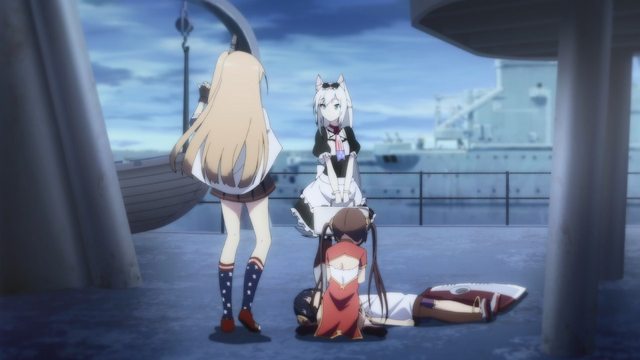 A quick one with no summary tonight, have to prep for the drive back home to the Old Dominion and with my somewhat leisurely pace, that’s roughly 14 hours. Enough time to get well into the next audiobook in the series I’m listening to.

This plushie still unnerves me. 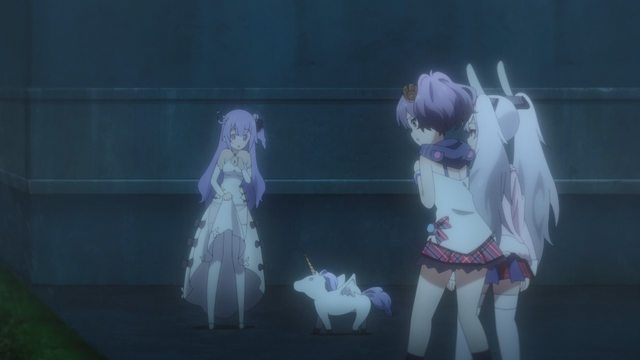