So, my goals have been thoroughly railroaded this past week. I’m unable to properly give more than a mere quick paragraph for Azur Lane and Rifle is Beautiful’s last episodes. I’ll get a proper entry for Azur Lane’s next episode done by the weekend but I needed a bit of a break.

Sleep doesn’t sound too bad either. Art by lilywhite lilyblack on pixiv.

So the girls have their first real competition, meeting up against another high school team which they compete with all school levels. The Chidori RSC doesn’t do too badly and it’s even pointed out that Hikari is the type to do well in competition. Yukio places first, Erika fourth, Izumi twelfth, and Hikari twenty-first overall against the other team. This had lit a fire under the other school’s first years, who was beaten by Hikari.

Overall, the series is fun but with its 4koma nature, I can’t positively blog it. I already have reservations due to its subject matter and my inability to really grasp the sport due to it being the modern Olympic shooting sport rather than traditional or even modern shooting sports. I’ll do an overview at the end of the season. 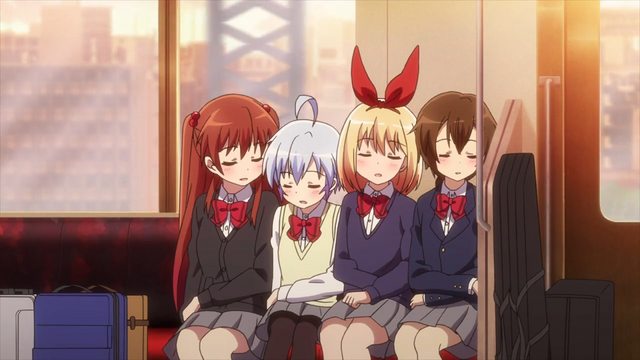 There really wasn’t much this episode, though a few items stuck out for me. The first being that Enterprise seems to be much more relaxed now. She’s not emulating a certain lonely queen of the north, and the other girls seem to be genuinely happy that she’s out and about. I think this would be the best sort of personality change for Enterprise. 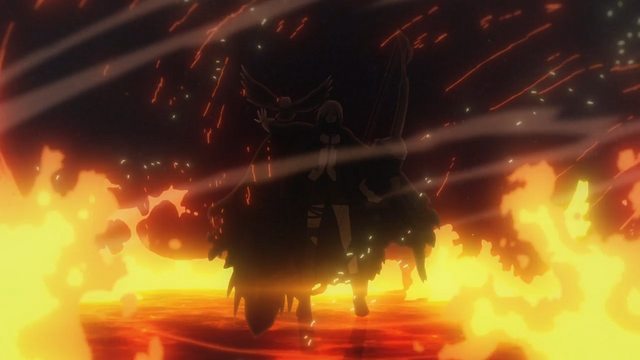 The second thing that I noticed was actually the brief story element where Enterprise touches the siren cube. No doubt her wisdom cube temporarily connected with the siren cube and the vision of her mirror self that she experienced is the seething doubt and despair she has that is just really being pushed back now. I imagine this may be explored in today’s episode, since I’m writing this in the morning prior to episode 7’s airing.

The last thing I truly noticed was the animation quality. As someone I know (Katyusha) pointed out “What are walking animation”. The signs of a small animation budget are fairly evident throughout the episode. Hopefully the BD release sells well and when they get around to releasing this episode on BD, there would be a noticeable sharpness in quality and the removal of god rays from the onsen scenes. Because let’s face it, the rest of the episode was purely fanservice. 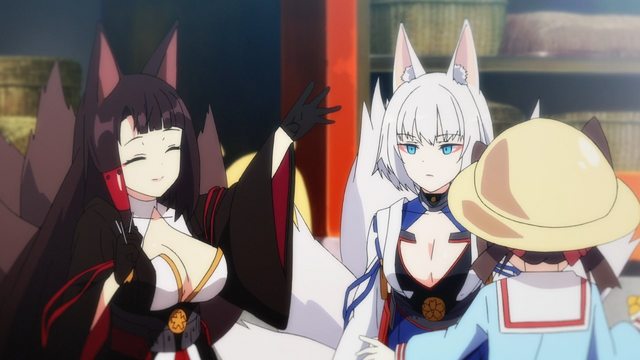 And even then, the reason it took me this long to even bother with Azur Lane as a game reared its ugly face with the various elementary schooler boats. While Kantai Collection eluded to some of the girls being that age and even going so far to fit the whole loli attribute, seeing a bunch of Sakura Empire destroyers in elementary school smocks and hats and even threatening to pull a kidnapper device’s lanyard when Kaga tries to comfort one of them really made me just skip the whole scene.

Also yes I’ve started to play the game since they were offering to give you an Enterprise and her air wing for playing until the end of the year. 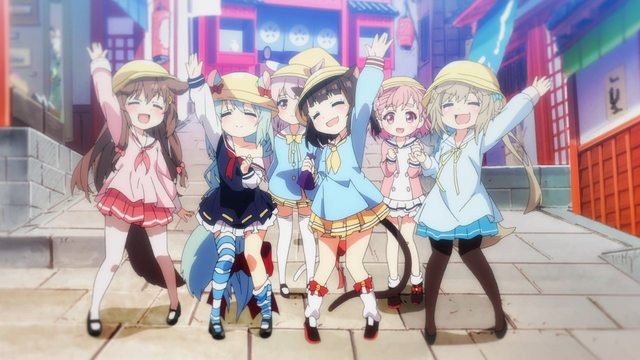 Conservative, Patriotic and an Otaku. Recent grad of George Mason University. I am interested in firearms, politics, Japanese Anime, and military tech.
View all posts by Jusuchin (Military Otaku) →
This entry was posted in Anime, Azur Lane, Azur Lane: The Anime. Bookmark the permalink.