So, I’ve been meaning to write this since the start of the new season, but only really poking into it now near the end. Just a quick summary and my thoughts. I’ll be doing this in two episodes each.

Following their utter defeat in their high-minded invasion of the Galactic Empire, the remaining fleets of the Free Planets Alliance fall back to Amritsar Starzone. With the Imperial Navy effectively destroying many of the FPA’s fleets through the counter-attack, the FPA is full of damaged ships and barely intact fleets, save for the 13th Fleet under Yang Wen-li. 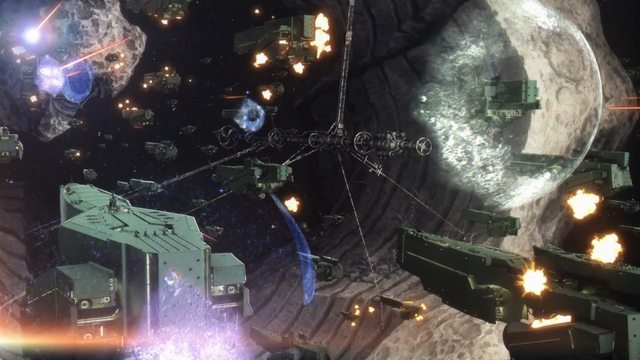 The battle starts by a few masterful strokes by Yang with their back against a minefield, culminating in effectively rendering Imperial Navy Admiral Bittenfeld’ s forces into a shattered formation by goading him to release his fighters and then countering as those fighters are in front of his forces, limiting his ability to counterattack. 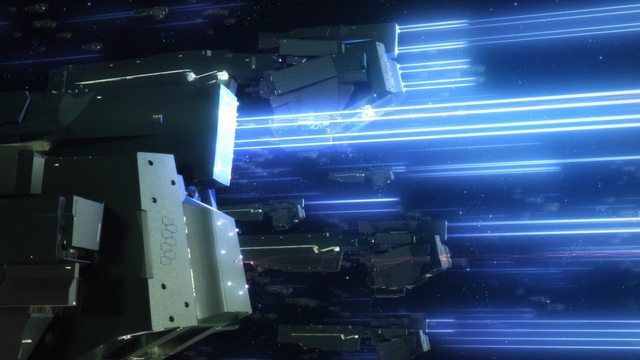 As Admiral Kircheis destroys the minefield behind the FPA forces, this leaves them in a bind as they are now surrounded. But before the encirclement is complete, Yang’s forces, spearheaded by asteroids that have long ceased to provide any veins of resources, punch through the weak Bittenfeld formation and manage to escape. 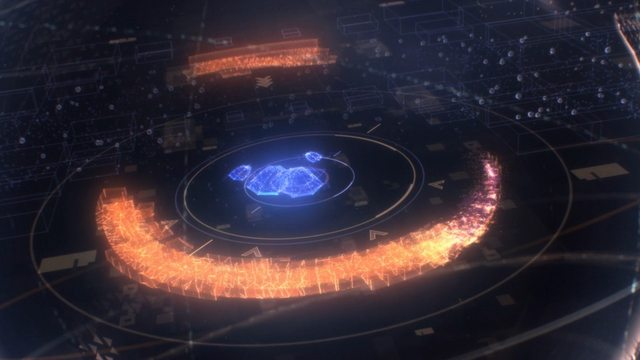 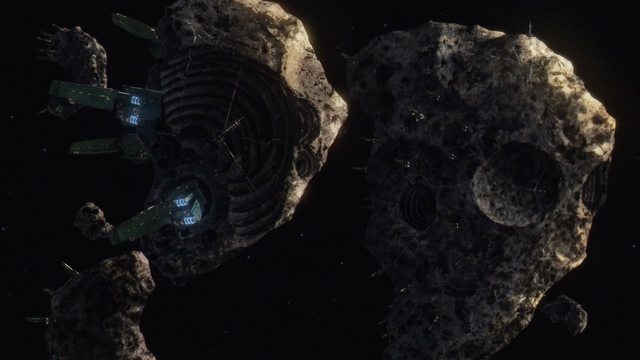 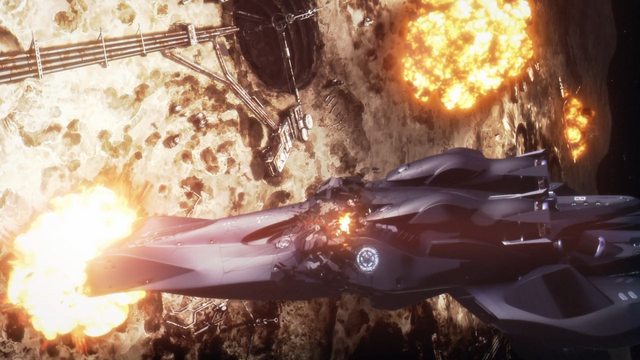 In the end, while Bittenfeld was berated for his role in turning the destruction of the Alliance navy into a simple victory, his punishment was downgraded by personal petition from Kircheis. The officers who led the failed invasion step down (or admitted into mental wards) and those who distinguished themselves now lead the Alliance Navy, with Yang Wen-li in charge of Iserlohn fortress. All fears of a counter-invasion are put to rest though as Emperor Friedrich IV of the Galactic Empire passes away. 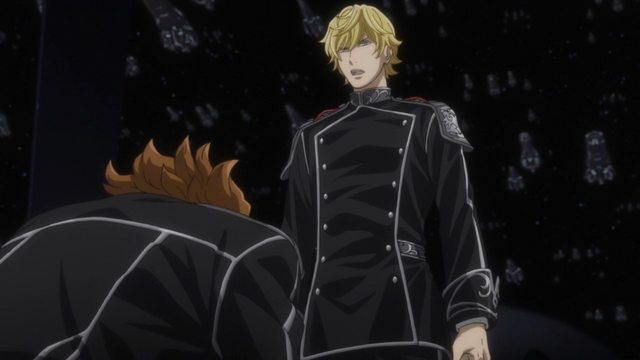 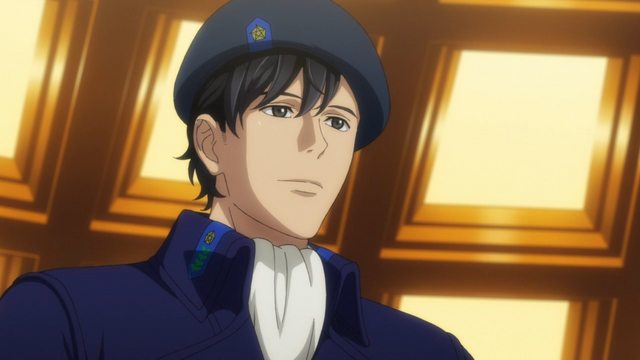 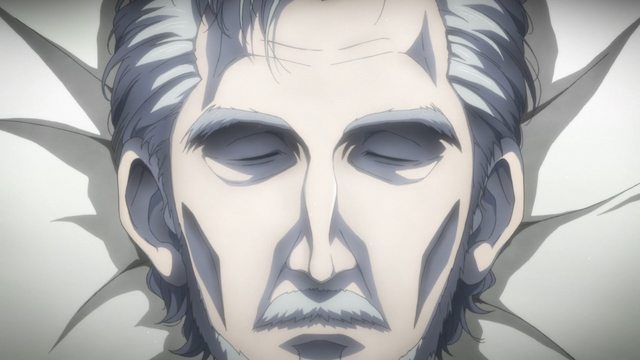 Overall, this episode is more of the thing I truly expected from LOGH. Space battles and on-the-edge-of-your seat moments. That said, the battle itself has been truncated in a sense. What had taken two episodes in the original OVA is condensed into one, with the lion’s share of the point of view only done by the main characters. This did allow for more drama when compared to the original OVA’s battle. The OVA’s rendition didn’t really provide much gravitas to the situation in my opinion, as it seemed to cut away to various characters when it didn’t need to.

This episode was truly the turning point for me to start and appreciate the new series on its own merits rather than try and compare it to its more famous and well-regarded OVA predecessor. I still have reservations, namely in the general ‘speeding up’ of the show. I would love some timestamps to explain the time lag between forces. Such time lag would be integral in some of the later battles, mostly in an upcoming Iserlohn Corridor battle that would also feature one Julian Mintz. 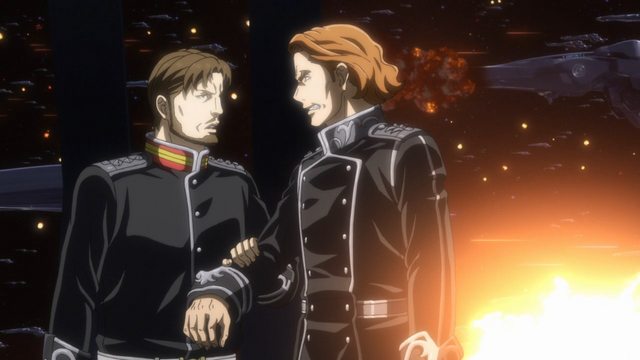 Back in the victorious Empire, the ramifications of an Emperor with no heir bring the imperial court branching off into various camps. Reinhard knows this, and with some prodding, chooses to back Marquis Lichtenlade who is the regent of the only known legitimate heir. 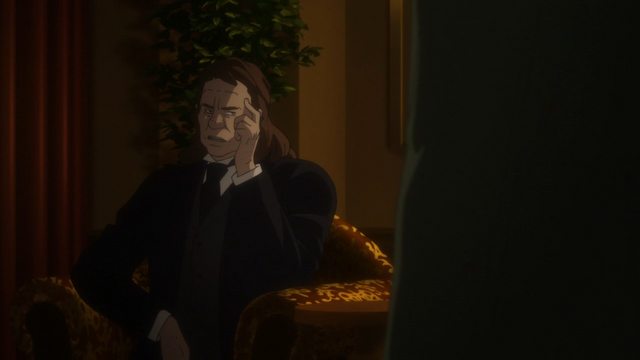 With the young Erwin Josef crowned Emperor due to Reinhard’s backing of Lichtenlade, this brings his courtly rank up to Marquis. He is also promoted to be the commander of the Imperial Navy with his command staff similarly promoted. Having achieved newfound power, Reinhard manages to provide a simple estate for his beloved sister and after spending time with her, enacts the nest stage in his plan. 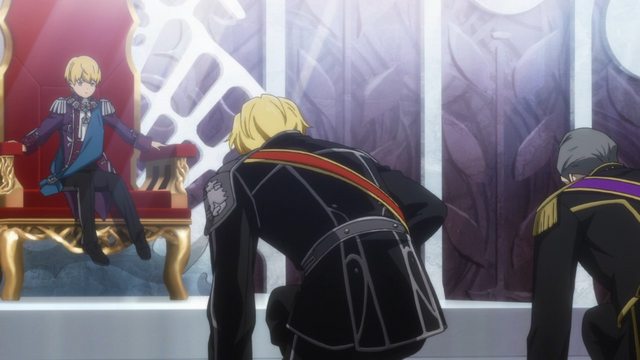 Elsewhere, on Fezzan, these events are being observed by the Grand Bishop of the Earth Cult. It seems all is going to plan to eventually weaken and destroy both nations and return the primacy of Earth over humanity. Though it seems the leader of the ‘neutral’ Fezzani has ambitions of his own. 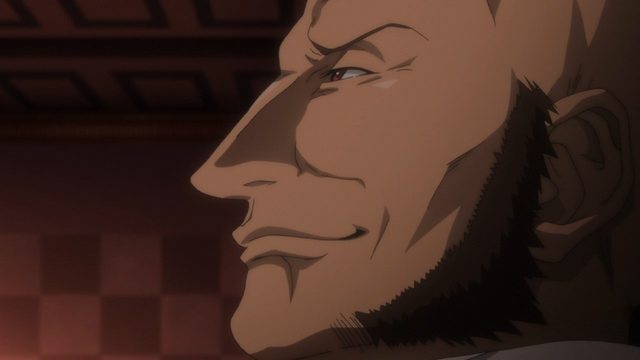 Back in Iserlohn, Yang notes the coming Imperial civil war through his knowledge of history. Julian, having been admitted in a manner similar to a cabin boy or steward, had also undergone training under Commodore Schoenkopf in hand to hand and firearms practice; a complete opposite to his more pacifistic guardian. 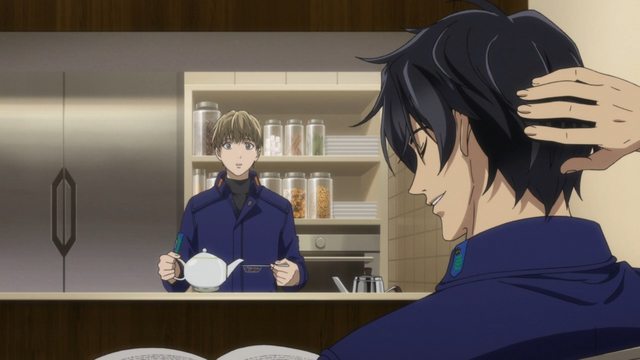 Not as exhaustive of a summary, I glossed over a lot of things but this episode marked just another of why I think DNT deserves to at least be given a proper look by fans of the OVA. There is more time devoted to the outright political machinations, but also adding a bit of a human aspect. The short scene between the two prospective heiresses of the Galactic Empire underscores this, as is the political maneuvering being done by their fathers and supporters. 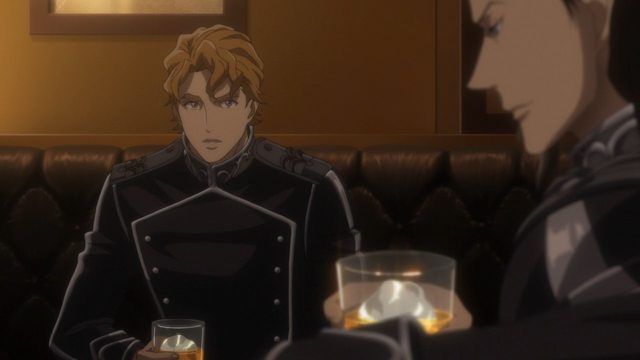 I left this series disappointed the first go around last year. It wasn’t bad but expectations were riding quite high as many of the fans of the original were honestly expecting a visual update to what was a series with amazing music and choreography with a star-studded cast. The exigencies of the modern anime industry meant it wasn’t going to be, though. This isn’t some OVA that could be pushed out when funding becomes available from VHS and LaserDisc sales, but a proper series and beholden to the committees and backers that look to earn a profit. 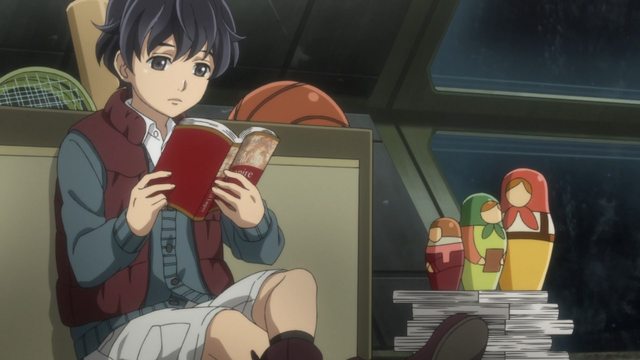 The last animated LOGH prior to DNT was released in 2000 (Spiral Labyrinth) and come 2018 the venerated series was due for a reboot. How much this would’ve happened had Tytania not failed in 2008 is uncertain. It was then that much of the hype was built up, people who were teens or children when the original was released are adults now, and we all waited with bated breath to see more and more of this upcoming title. When news started to come out many were dismayed at the bishiefication of our beloved characters, and the utter weirdness of ships that are just supposed to -look- a certain way. 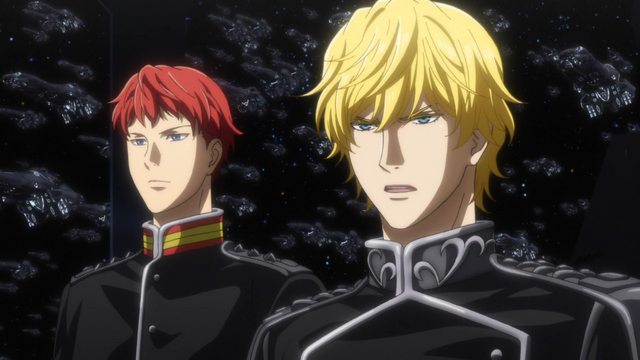 When the series aired and the extent of the rewriting was done, many cried out and stopped watching. There are some youtubers and bloggers that continued but it was the thought of many that those who didn’t stick with the orthodoxy of the original OVA were heretics.

And it was in that sort of environment that my initial assessment of the series was based on. Again, expectations were high and we had some rather heavy rose tints on our goggles. As I come back, watching the episodic releases of the ‘2nd season’, I took more time in reexamining my own biases, and I concede I was too harsh on Die Neue These. It isn’t perfect, it isn’t the OVA series with better visuals. Gone were the Tchaikovsky and Wagner and Dvorak, replaced by a blander soundtrack.

The series was truncated in points and some differences were done to ‘speed it up’ and by that point those fans of the OVA were long gone. But still the show continued and I had hopes for it, having said it was in the ‘watch after’ category. It’s still popular over in Japan, and as the initial tut-tutting die out and about a year in between seasons helped settle any animosity, I would like to say the magic is back. Just don’t expect anything like the second coming, which had been the mistake I had when DNT first aired. 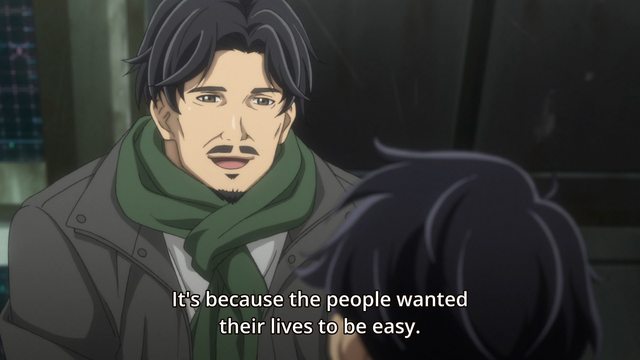